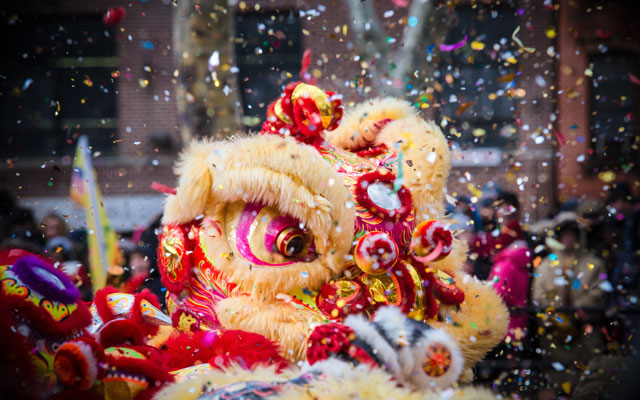 Lunar New Year celebrations in South-east Asia this year will be a mere shadow of past years, the sombre mood a result of movement restrictions that are still in place to curb local transmissions as well as consumers’ concerns about infections.

In Malaysia and Hong Kong where authorities and their people are battling new waves of infections, festive holiday bookings for the Year of the Ox have been elusive for travel suppliers.

Malaysia is presently enforcing a ban on interstate and inter-district travel, which requires residents to keep within a 10km radius of one’s home. People are encouraged to stay at home unless it is vital to travel, while all social activities are prohibited. This ban has been extended to February 4, and the Health Ministry will make a decision by then on whether to tighten or ease the enforcement.

Should restrictions be eased in time for the Lunar New Year, Malaysian tourism players believe that business could turn around.

There is also an unusually quiet lead-up to the Lunar New Year celebrations in Hong Kong, with major cultural and leisure attractions shut since December 2 and the 2021 Lunar New Year Fireworks Display and Lantern Carnivals cancelled. Gatherings of more than two people in public places remain prohibited.

Traditionally a peak travel season in the Philippines, this year’s business boom is non-existent.

Rajah Tours president Jojo Clemente blames it on the fear of travel. “(Travel) is not a priority for most right now,” he remarked.

Sharing similar observations, Simon Ang, managing director-operations with Celebrate TLC, said his largely trans-generational family groups that travel during the Lunar New Year are choosing to “wait for this (pandemic) to be over than expose (their elderly family members) to the possibility of contracting Covid-19”.

While some Filipino-Chinese are travelling, the numbers are not “what we are accustomed to”, noted Clemente. For those who dare venture out, they are choosing to stay at high-end properties.

Bernadette de Leon, general manager of Amiable Intertours, who has seen zero bookings for the Lunar New Year, estimates that only 30 per cent of Filipino-Chinese would take domestic vacations in the run up to the festival. Most would head to upmarket resorts like Balesin and those in Palawan.

She expects the majority to go abroad, especially to the US due to low season airfares and to countries without winter, like Australia, New Zealand and the Maldives.

This initial market performance forebodes what is in store for tourism this year.

“Based on what’s happening to (the pandemic and vaccination progress), I believe that 1Q2021 will be just like 2020. The slump will probably (turn around) mid-year and a very, very slow recovery will happen towards the end of 2021,” projected Ang, who added that travel agents could continue to suffer while hotels could “get by” with staycations and quarantine programmes.

Some Indonesian travel agents are also writing off Lunar New Year business, as massive celebrations in destinations with large Chinese communities, such as Medan, Pontianak, Singkawang and Bangka-Belitung, are taken off the calendar.

Pauline Suharno, managing director of Elok Tour, said: “This is usually a time for Indonesian Chinese communities to go to their home towns to celebrate, but it has been quiet so far this year.”

Although the long weekend – with the most important days of the festival running from February 12 to 15 – is encouraging some traffic to tourist areas in North Sumatera, travel agents have not been able to benefit from it. Christine Kowandi, tour manager of Horas Tour Medan, explained that most of these vacationers are from the surrounding areas, and they do not need the services of travel consultants.

Swiss-Belinn Singkawang is one of the lucky few, having drawn strong bookings for the long weekend, according to Harshanty Kaloko, regional director of public relation and promotions, Swiss-Belhotel International Indonesia.

A different story in Singapore
Singapore’s low community transmission records have allowed residents to enjoy social activities, albeit with necessary precautions. As a result, tourism suppliers that TTG Asia spoke to have reported brisk business this holiday season.

Over on the attractions side, Wildlife Reserves Singapore is upbeat about visitation numbers, as its zodiac-themed activities are often a hit with families.

Performance this year is especially promising as the Lunar New Year holiday weekend will segue into Valentine’s Day, noted a spokesperson, who added that admission ticket purchases typically surge closer to the date of visit.

Creative sell is key
Tourism businesses in Hong Kong and Singapore that are allowed to remain open have devised creative ways to keep some business coming.

In Hong Kong, the soon-to-open Hotel Alexandra is planning a series of festive delicacies for dine-in and take-away as well as a Valentine’s Day set menu since the day of romance coincides with the third day of the Lunar New Year.

Ngong Ping 360 will continue to run its cable car service and have most of its shops and restaurants in Ngong Ping Village open although the indoor attraction remains shut. To attract visitors, Ngong Ping Village will be decked in Lunar New Year splendour as part of the attraction’s Fortune Walks in 360 themed activities. Furthermore, purchases made during the festive period will enter customers into a lucky draw to win prizes such as Nintendo Switch.

A Ngong Ping 360 spokesperson told TTG Asia that bookings for the Lunar New Year period is yet unknown, as tickets can only be sold 14 days ahead. However, he expects the celebratory activities as well as improved transportation access to Ngong Ping 360 to bring good footfalls.

Singapore Marriott Tang Plaza Hotel’s resident manager Alvin Lim attributes the good staycation take-up to the hotel’s array of room packages. The hotel has packages built for families and couples as well as for foodies and those seeking retail therapy. The hotel is also looking to reel in stronger F&B earnings through unique dining experiences themed around the Lunar New Year, from special course meals to festive takeaways.

While visitor programmes at Wildlife Reserves Singapore have to be adjusted to abide by safe management measures, which have resulted in the removal of lion and dragon dance performances as well as meet-and-greet sessions, the group has initiated creative alternatives. Some of the highlights this year include a five-course festive dining experience at the River Safari with giant pandas, curated for permissible group sizes; and a trail to concoct a nutritional festive treat for the Singapore Zoo’s Ankole cattle to align with the Year of the Ox. Various themed activities and limited-edition merchandise are also offered across the four wildlife parks.

Christina Cheng, general manager of Hotel Alexandra, stressed the need for creative revenue options while the travel bans remained in place. “We will continue to stay positive (about) recovery this year, and will keep abreast of transitions and provide attractive experiences (to spur) recovery,” she concluded. – Additional reporting by Mimi Hudoyo, S Puvaneswary, Rosa Ocampo and Prudence Lui