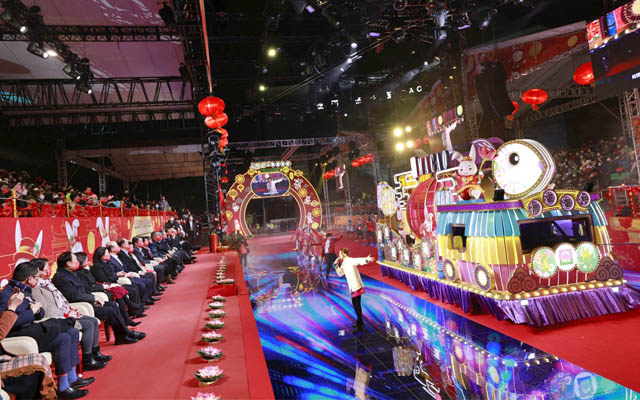 Macau hosted the 2023 Parade for Celebration of the Year of the Rabbit as well as a vibrant fireworks display over Sai Van Lake Square on Tuesday night, recognised as the third day of the Lunar New Year.

The parade featured 18 elaborately decorated floats with over 1,000 performers. Adding to the celebratory mood were a number of Hong Kong artists as well as the high-anticipated finale – the Chinese New Year Fireworks Display.

Both residents and visitors to Macau can relive the festivities on January 28 and February 5 when the fireworks are set off again at the same location; the parade will visit the northern district on January 28, journeying from Rua Norte do Patane.

The floats will also be on display at the seafront next to Macao Science Center from today until January 27, before moving to Tap Seac Square from January 29 to February 12.

Macau’s Lunar New Year celebrations coincide with China’s reopening and eased travel restrictions across Greater China. It resulted in 71,678 visitors on January 23 alone, the second day of the Lunar New Year. It was Macau’s highest single-day record arrivals since the Covid outbreak.

The figure includes 39,394 and 27,768 visitors from China and Hong Kong respectively.