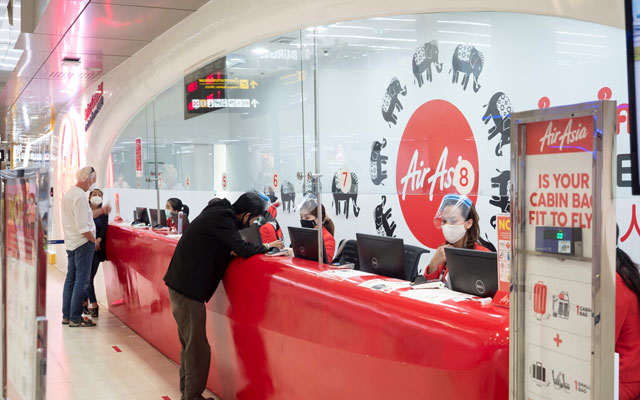 As domestic travel in Thailand dries up in the midst of a resurgent pandemic, Thai AirAsia has said it will retain only one-fourth of its workforce, with the remaining staff asked to go on unpaid leave for four months, starting next month.

Tassapon Bijleveld, executive chairman of Asia Aviation (AAV), the largest shareholder of the airline, was quoted by the Bangkok Post as saying on Monday that the airline is downsizing to match real demand. According to the latest AAV annual report, the airline had 5,974 employees in 2019.

“Before the Covid-19 resurgence, we had 40 planes serving domestic flights. But since the re-emerging of the outbreak, some provincial lockdowns have made it impossible for people to travel and passenger demand has dropped significantly at every airport,” said Tassapon.

Of its 62 aircraft, the budget carrier currently flies only 10 planes, due to subdued air travel demand.

According to the report, Tassapon said the company had no layoff plans for now, but it was difficult to predict when the market would recover. He said the furlough will allow the employees to find other revenue sources and resume work immediately if the situation improves. This is the airline’s second – and larger-scale – furlough amid the pandemic, after its first round late last year.

Tassapon also predicted that the international market will slowly start to recover in 4Q2021. “Half of the global population must be vaccinated before international travel can resume,” he said.

During the first nine months of 2020, the airline carried 6.68 million passengers, a 60 per cent fall compared to the same period in 2019.