Troubles from a challenging 2020 are carrying forward into the new year, dashing hopes for post-pandemic travel recovery. In this second instalment of a three-part series on the Asian travel agent community, we check in on Hong Kong and the Philippines. 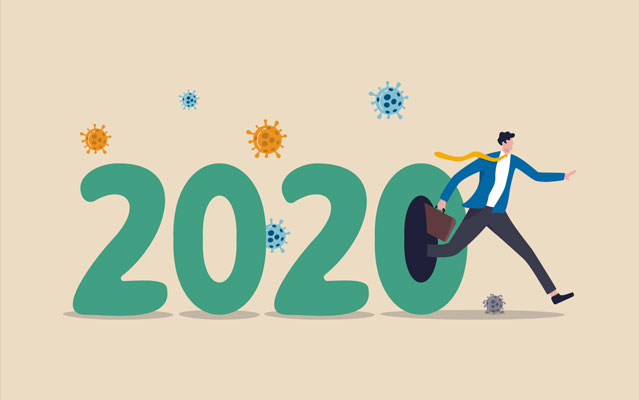 By Rosa Ocampo and Prudence Lui

The Philippines
Travel agencies are among the most beleaguered in The Philippines’ travel and tourism industry, as more than 50 per cent of them have closed or reduced their scale of operations last year in the face of continuous inbound and outbound travel restrictions.

Travel prospects are dashed this year as the government extended travel restrictions on January 15 on 32 countries until the end of the month to curb the entry of the new and more contagious Covid-19 variant, of which a Filipino who travelled from Abu Dhabi is confirmed to have been infected.

Domestic travel, which is the main strategy to reboot Philippine tourism, remains lacklustre although a growing number of local destinations including Boracay, Cebu, Siargao and Bohol have reopened. The absence of a uniform travel requirement for all destinations has been blamed.

“It’s a very difficult time for travel agencies, specially (when) multiple entities do not seem to follow a singular standard or treatment of the protocols. It becomes quite confusing to sell any tours,” pointed out Aileen Clemente, president and chair of one of the country’s biggest and oldest agencies, Rajah Travel.

This sentiment is shared by Dorothy Drysdale, head of international communications of one of the country’s oldest agencies, Marsman Drysdale Travel. She lamented that “there is not one (travel) rule that goes across the board. Every barangay (village) has a rule”.

In late-2020, Drysdale had suggested that the various forms that travellers must fill should be consolidated into one for all organisations, which would also simplify the process for travel agents.

Meanwhile, displaced travel agents and guides continue to face financial pressure which gets little relief from the government – each affected worker has access to just 5,000 to 8,000 pesos through the Bayanihan 2 programme.

Tourism secretary Bernadette Romulo Puyat said that as of January 7 this year, 388.6 million pesos had benefited 77,724 recipients of Bayanihan 2. She added that under the CARES for TRAVEL programme of the Department of Tourism (DoT) and the Small Business Corp, 415 soft loan applications amounting to 247.5 million pesos have been processed.

In addition, DoT called for a cap on the price of Covid-19 tests required for safe travels; partnered with two hospitals on the 50 per cent subsidy of swab test to make it cheaper; provided 10 million pesos for the swab tests of tourism workforce in Boracay, among others.

With the election of a new set of officers, the Philippine Travel Agencies Association (PTAA) also distributed a small Christmas token worth 2,000 pesos to members to signify the start of greater collaboration and attentive listening.

To survive, a number of travel consultants have segued into other small businesses like food catering and farming to sell their produce online.

Among those that have moved away from travel and tourism is im-active Tours, Events, MICE Management and Services. General manager Irine Maliwanag has chosen to take advantage of free tutorials on social media to acquire new skills such as copy writing, graphic design and digital marketing.

Maliwanag explained that running the travel agency may not be sustainable now, particularly as only domestic tourism is allowed in certain destinations and varying travel requirements per domestic destination are confusing and time consuming to manage.

Furthermore, her company has yet to be refunded by tour package partners abroad who also have been unable to get full payment from their airline and hotel partners. – Rosa Ocampo

Hong Kong
With the government wage subsidy scheme coming to an end last November and no immediate recovery in sight, travel agencies in Hong Kong have stepped up measures to keep costs down.

For some agencies, that means mass layoffs. Recently, Wing On Travel trimmed some 120 employees, while Jetour reduced its manpower by 40 per cent.

However, statistics from the Travel Industry Council are barely reflecting the impact of the pandemic, as only 88 agencies had terminated their membership last year, a slight dip compared to 96 members in 2019.

According to the Hong Kong Association of Travel Agents (HATA), the agency closure rate in 2020 stood at single-digit levels, similar to the previous year, with even the addition of new members – although membership fees were waived due to zero business amid the pandemic.

Noting that HATA’s members largely comprise veterans from mid- to large-scale agencies, its chairman, Ronald Wu, shared: “These long-timers tend to not give up, and instead, adopt various measures to control costs.”

While staff layoffs became more prevalent after last November, according to Wu, four rounds of government relief measures rolled out to support tourism businesses have so far kept widespread closures at bay.

Wu does not expect more agencies to shutter over the next few months, as “the cost of keeping their license is low, especially with relaxed rules like agents being allowed to share the same office address”.

However, Jetour chairman, Ronnie Ho, criticised the government for its inadequate support for those 90 active agents who are key employers of the industry.

He explained: “As far as I know, more than 1,000 agents benefited from government financial assistance, but they are mostly small and medium-sized businesses, with staff under four people. In fact, some are even inactive with limited business transactions or have been operating at a loss over the last few years.

“The government should instead consider helping viable operators with (active) business transactions, otherwise these players with a long history will disappear.”

To get through continued tough times, some established players have evolved their business model to generate some much-needed income and keep staff active.

Hong Thai Travel Services, which has permanently shut two of its more than 10 branches last year, was one of the first agencies last April to set up an online store called HT Mall, offering staycation packages, anti-pandemic tools as well as imported goods from Taiwan, Japan and Australia.

According to a spokesman, the agency has resisted retrenchments, implementing only pay cuts and no-pay leave; workforce reduction was due to natural attrition.

Some tour guides even requested to go on voluntary leave so they could take on part-time jobs, with the condition to return to longer working hours once business is back, the spokesman added.

While most of Hong Thai offices are dormant, its Mongkok branch remains open to provide limited services.

Moving forward, Wu hopes the government would pump more funds into pandemic control and focus on creating travel bubbles with more countries and regions such as Macau and China, as the vaccines alone will unlikely lead to a significant inbound recovery this year. – Prudence Lui