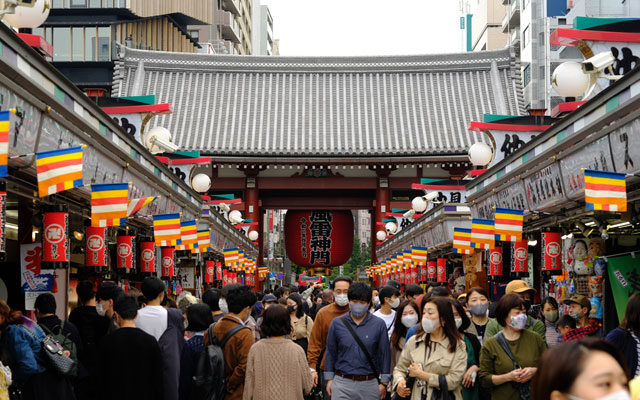 Japan’s travel sector is struggling to cope with the uncertainty resulting from developments in the government-backed domestic travel subsidy programme, amid a resurgence in Covid-19 cases across the country.

Sapporo, Hokkaido Prefecture, and Osaka were removed from the Go To Travel campaign in late November in response to a virus spike that threatened to overwhelm the cities’ healthcare systems.

Under the move, new reservations in the cities will not qualify for the typical 50 per cent discount, while reservations made prior to the announcement will be cancelled and reimbursed. Residents, however, remain eligible to claim the subsidy when travelling elsewhere.

In a further blow to tourism operators, the national and Tokyo governments this month urged residents aged 65 and over as well as anyone with an underlying health condition, to avoid trips to or from Tokyo under the campaign, as the capital struggles to keep a lid on new infections.

The advice has led to unease among the public on whether they should be using the subsidy scheme as Japan fails to curb infections. The country confirmed 2,810 daily coronavirus cases on Wednesday, which was a record high, leaving the travel sector deeply concerned.

One travel agent, speaking on condition of anonymity, said it has received more cancellations in recent weeks as Japan’s overall number of Covid-19 infections climb. With the advice for older residents to avoid Tokyo as a destination for the time being, the company expects a slowdown in bookings for end-of year hotel packages.

The new year holidays are typically peak season for hotels and restaurants as many people hold year-end parties or take overnight breaks with their extended family. Now, the industry is wondering what to expect.

Masaru Takayama, president of Spirit of Japan Travel and chair of the Japan Alliance of Responsible Travel Agencies, said the travel sector in Osaka has been “deeply affected by cancellations, especially among the low to mid-range accommodation owners”, as the virus surges back.

The sector remains hopeful in the long-term, however, as the national government has agreed to extend the domestic travel subsidy campaign beyond its original end date of January to June 2021.