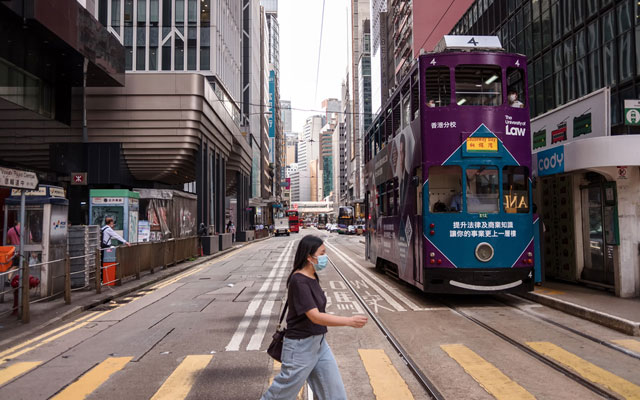 The two-week deferment of the launch of the Singapore-Hong Kong air travel bubble (SG-HK ATB) have not only frustrated many would-be travellers, but have cast a shadow over hoteliers in the city as well.

Hotel groups like Wharf Hotels expressed disappointment at the postponement of the SG-HK ATB. Its president, Jennifer Cronin, revealed that between their three hotels – Marco Polo Hongkong Hotel, Gateway Hotel and The Murray, Hong Kong, a Niccolo Hotel – they had received approximately 100 room nights of bookings.

She added: “As a matter of fact, our cluster general manager for the three Marco Polo Hotels, Dalip Singh, has been developing some great travel stories exploring the hidden secrets of Hong Kong during our border lockdown this year, initially, for his Singapore compatriots.

“With his communications team, he created a Facebook page titled ‘Shiok Steady Singh’, to keep our Singapore visitors even more informed and provide them with a range of new options when they next visit.”

As the first travel bubble of its kind, the SG-HK ATB will serve as a “template for other ATBs to operate”, Cronin said, adding that “a Hong Kong-Japan ATB is highly sought after by our Hong Kong colleagues.”

However, while hoteliers are seeing a boost in bookings from the the SG-HK ATB, the bilateral pact has had little impact on the business of inbound tour operators in Hong Kong, given that Singapore has been a small source market dominated by FITs. As such, travel agents’ ultimate hope is for the city to form more bubbles with other regional countries in the near future.

Despite receiving only a “handful” of group bookings, he said that the arrangement “sets a good example for other destinations to follow suit and open up more possibilities, if the concept is successfully run”. “Frankly, it’s way better than just giving subsidies to us,” he added.

Noting that the government is currently in talks with about 10 countries including Japan, Germany and France to establish ATB arrangements, he opined: “Frankly, I don’t see longhaul traffic from Europe and the US bouncing back next year. Hence, China is on the top of our wishlist given the volume of visitors, followed by South-east Asian countries.”

On the other hand, Destination China has seen nary a ripple of impact on its business since the announcement of the bilateral air bubble pact. Its general manager and owner, Gunther Homerlein, told TTG Asia: “Before Covid, the traffic between Hong Kong and Singapore was not that high. Frankly speaking, the cities don’t excite one another’s citizens that much.

“Travel bubbles are a start and it may help tourism, but it isn’t going to do much for corporate and business travel until there are several countries on board and there is a ‘green card’ or ‘travel code’ that allows business people to travel more easily and more frequently.”

According to the Hong Kong government’s release, the ATB has a built-in mechanism whereby the number of designated flights may be increased, decreased or even suspended, depending on the situation. If the latest seven-day moving average of the daily number of unlinked local cases exceeds five for either Singapore or Hong Kong, the ATB arrangement will be suspended after two days (including the day on which the exceedance of the threshold is announced) for a two-week period.