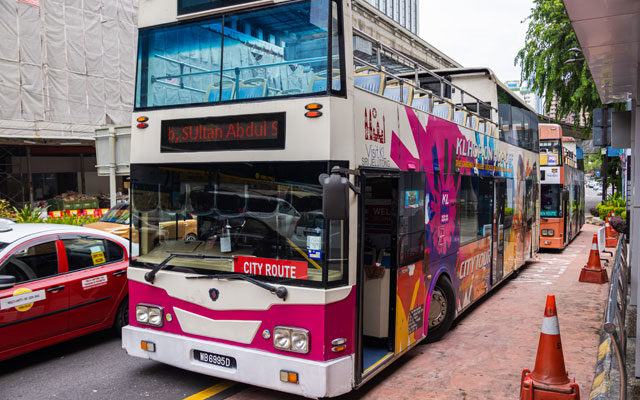 The Malaysian Association of Tour and Travel Agents (MATTA) has expressed its concerns around the failure of credit and leasing companies to extend loan moratoriums as advised by the Prime Minister.

MATTA president, Tan Kok Liang, said in a press release: “According to a media report, about 10,000 bus operators are currently owing up to RM3 billion (US$730.2 million) of debt in total. Bus operators have had no business since March, yet they are still required to make repayments to the credit and leasing companies.

“It is ironic that despite being in the business of lending and leasing, credit and leasing companies are not regulated under Bank Negara Malaysia (Central Bank of Malaysia). It has been more than six months that the tourism industry, in particular the coach operators, have been highlighting this issue, yet to date no proactive action has been seen taken to tackle this serious issue.

“This matter had previously been brought up in March 2020 when we received complaints from our members that leasing and credit companies have created their own rules and practices in respect of moratoriums on repayment of loans instead of applying the directions issued by Bank Negara Malaysia.”

Tan claims in his statement that none of the relevant ministries directly involved such as Ministry of Domestic Trade, Ministry of Housing and Local Government, Ministry of Transport or the Ministry of Finance have shown interest in resolving the predicament of the tourism industry.

Tan noted that the recent Budget 2021 had provided for sales tax exemption for the purchase of new coaches without acknowledging the reality that many of these coach owners have and will default in repayment obligations, and their buses, coaches and vans may then occupy the yards of credit and leasing companies. MATTA saw no effort and measures in the proposed budget to address these and other industry issues.

Tan said: “Failure to address the issues and concerns of the tourism sector will greatly affect the intended tourism restart in the near future in 2021 and may lead some parties to conclude that the government views the industry as dead in 2021.”

He added: “MATTA views the failure to place credit and leasing companies under the purview of Bank Negara Malaysia or other authority during this pandemic specifically on the moratorium issue has resulted and added to the misery of the tourism industry. In the last eight months of facing the Covid-19 pandemic, tourism vehicles stand idle with no movement and revenue.

MATTA calls for immediate government regulation and to place the credit and leasing companies under the provisions of the Financial Services Act or other relevant legislation. It also urges the government to consider appropriate and necessary action to ensure that the actions of credit and leasing finance companies are in line and compatible with the welfare, public interest, and good order of the nation during the crisis.