The pandemic downtime has done New Zealand’s tourism industry good, with refreshed offerings factoring in sustainability emerging as the country stands ready for the return of foreign tourists. 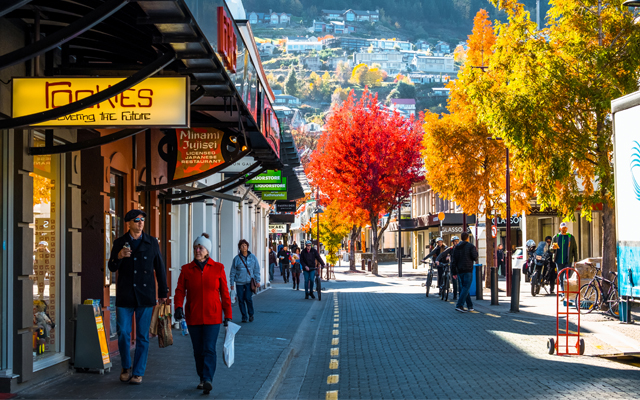 New Zealand’s tourism industry is putting on a brave face amid the pandemic, working to have the country’s borders open soon to revive its number one trade export.

Tourism bodies have been lobbying the government for international borders to reopen sooner than the current working timeline of end April 2022 with a seven-day isolation requirement, especially after Australia opened her borders at the end of 2021. However, there are no signs at press time of a change in policy direction.

The impact of closed borders has been far-reaching. Prior to the pandemic, the industry generated NZ$40.9 billion (US$27.6 billion) and employed one in eight people. In tourism regions like Queenstown, 50 per cent of residents depend on tourism for their livelihoods.

On a positive note, industry advocates say the downtime is being used to re-imagine the meaning of tourism and its contribution to the country through a Tourism Industry Transformation Plan, which is part of a NZ$200 million support package for the sector. The move reflects a push by New Zealand’s government for the industry to be more environmentally regenerative and to give back to its communities in cultural contributions.

Simply put, the plan “has a dual focus on ensuring the tourism workforce is fit for purpose as well as ensuring that tourism’s impact on the environment is sustainable,” said Gregg Wafelbakker, Tourism New Zealand’s general manager international markets.

This is expected to enhance the visitor experience when borders  finally reopen.

“(Visitors) will probably see a greater focus on environmental values and cultural values coming through, and (experiences) telling more of that inclusive New Zealand story rather than just the activity itself,” Paul Abbott, CEO of Destination Queenstown told TTG Asia.

“It’s always been there to a degree but this would be refining and amplifying (those values). This is the fundamental thing we are working on at the moment,” he said.
Queenstown, which has an over 90 per cent fully vaccinated population, has also shifted from seasonal to segment-focused marketing.

“Previously, in winter, we promoted the ski market and in summer, the biking, golf or the leisure market,” said Abbott. “Now we’re getting a bit more scientific in terms of the segments that we’re keen on, so we have done a biking market development plan that looks at the biking market across the downhill, adventure, trails and recreation segments, and are selling it as a year-round product to those people.”

“Likewise, skiing will be more focused on two key segments based on passion points. These would be winter lovers and ski enthusiasts that better encapsulate the market rather than families, singles and couples.”

Further south, the city of Christchurch has been going through its own evolution, emerging as a restored and improved version of itself post its devastating earthquake more than a decade ago.

The city centre has been rebuilt around the river and now thrives with hospitality venues in its vicinity. Key urban regeneration projects have been completed with brand new retail, arts and entertainment precincts.

“The city has really changed gear in recent years and has become quite funky,” commented David Simmons, emeritus professor of tourism at Lincoln University.

“The natural attributes of the river are beautifully positioned to the sun and the area has vibrancy with a whole range of shopping and eateries in a very attractive setting. After the earthquake, we have a better designed city which is much more pedestrian-friendly. A big sports stadium for the Crusaders Rugby Team is also being finished so there’s a change in the city and a change in the attitudes of the locals,” he added.

In Queenstown, tourism operators are raring for tourism to return, having been re-energised from hosting a number of familiarisation programmes with other regional tourism organisations.

“We’re over this downtime,” asserted Abbott. “You’ll see a high level of excitement from our people here to deliver a first-class experience. They will just be over the moon in terms of being able to expose people to the wonderful environment and activities we have, and they are seriously hanging out to have fresh faces here that they can tell the story to.”

While waiting for international borders to reopen, New Zealand will be counting on its domestic tourists to sustain the industry. But Simmons reckon that is a good thing.

“Our tourism has always been so focused on international travel that very few people knew anything near enough about the domestic market or how to leverage or add value to it… But some destinations have really worked on their storytelling and narratives, and the bringing forward of history, and are achieving better results than they did in 2019,” he noted.

But Tourism New Zealand is not resting on its laurels, knowing fresh challenges await once their wish for a change in border policy comes true.

“If we thought it was competitive before, it’s fair to say we now face our biggest battle – to remain desirable as borders start to reopen and every country competes for people who are keen to travel post-Covid,” said Wafelbakker.

“A significant focus area (in our strategy) has been upweighting brand dream activity in priority markets including in Asia,” he added.