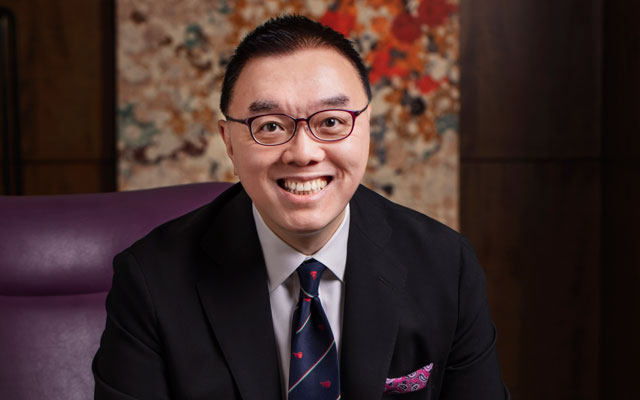 Possessing over 38 years of operations and management experience, Wong has been a member of the association’s executive committee since 2008. He is currently senior vice president – hotel division of Sun Hung Kai Properties and general manager of Royal Plaza Hotel. Having joined Royal Plaza Hotel in 2005 as general manager till now, Wong also oversees the other three hotels under Royal Hotels Hong Kong, namely, Royal Park Hotel, Royal View Hotel and Alva Hotel by Royal, as well as other partner hotels and new hotel opening projects owned by SHKP.

Since taking up the post in late August, one of Wong’s most urgent tasks has been to work with the association’s committee to extend support and assistance to its existing 141 members and the wider industry in riding out the pandemic at a time where travel remains largely at a standstill with an uncertain near-term outlook.

Stressing the need for industry cooperation over competition, he also urged the government to reopen borders between Hong Kong and mainland China and provide further support to impacted players.

“We urge the government again for further extension of the Employment Support Scheme or government subsidies of a similar scale, in order to provide support to hotels,” he said, noting that once the second round of ESS ends this month, about a quarter of 38,000 full-time hotel jobs will be at risk.

“Frankly, we hotels can’t survive solely on staycation traffic/local business without any inbound traffic,” he added. “Additionally, I know some owners have been relying on loans to continue running their business, thus, substantial government subsidies are badly needed to alleviate their financial anxiety.”

Highlighting the industry’s efforts in upholding good hygiene and safety standards, Wong said the association is “striving for further relaxation in the number of dine-in guests as well as hosting banquets and small-scale events”.

Aside from his new appointment at HKHA, Wong also serves as a management committee member of 90-member Federation of Hong Kong Hotel Owners, whose hotel holding company members collectively own more than 90 per cent of all hotel rooms in the city – a role which he said may help promote more collaboration with HKHA.

Out of HKHA’s 141 members, about 60 per cent is made up of non-brand hotels. “Some of them are new to the industry and don’t know much about the trade, so we can offer them some inputs,” said Wong.

The association will mark its 60th anniversary next year and Wong hopes to leverage the occasion to promote the history, development and achievements of Hong Kong’s hotel industry.

In a bid to tackle the acute labour shortage in the hospitality sector, it has partnered with the Education Bureau to host career talks and roadshows in secondary schools next year, which will see HKHA committee members sharing their career journey in order to inspire the next generation of leaders. To date, more than 10 schools have signed up. As well, a dedicated IT committee will be formed to consolidate smart technology development, with tech talent to be recruited from member hotels.