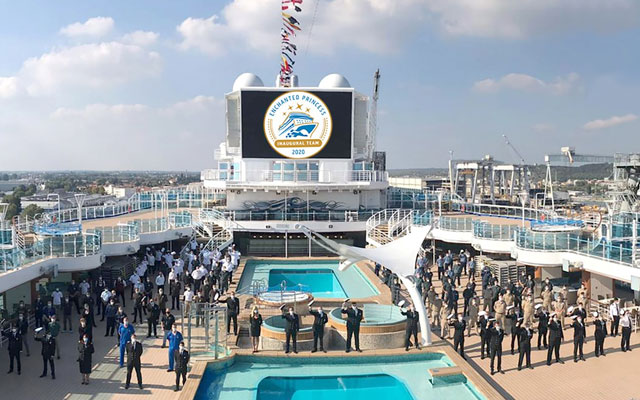 The newly completed Enchanted Princess has been delivered to Princess Cruises in an official handover ceremony live-streamed from the Fincantieri shipyard in Monfalcone, Italy.

The 145,000-ton, 3,660-guest ship is the 100th cruise ship built by Italian shipbuilder Fincantieri, and its finalisation marks the first ship to be completed during the time of Covid.

Enchanted Princess will introduce new dining experiences, the most pools and whirlpool hot tubs ever, entertainment venues, and the Sky Suites, offering expansive views from the largest balconies at sea.

Enchanted Princess is scheduled to arrive in North America in December 2020, for a season of Caribbean cruises.