While the hospitality industry is reeling from the Covid fallout, Hyatt’s hotel construction pipeline remains decidedly robust. Stephen Ho, president, growth and operations, Asia Pacific, Hyatt Hotels Corporation tells Prudence Lui how having boots on the ground has helped him thrive in his role, and the importance for brands to continue to evolve and innovate as they adapt to a new reality 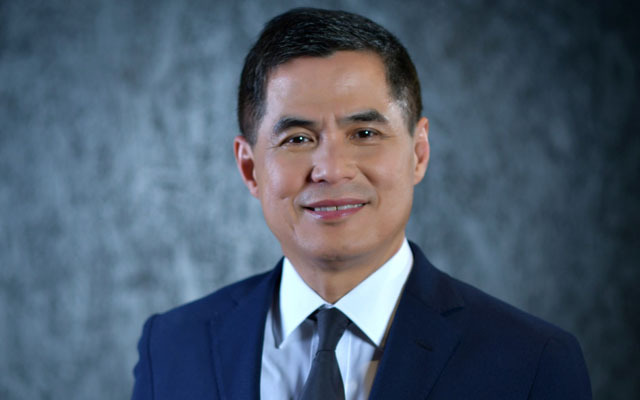 Why did you move from Marriott International to Hyatt, and what did it mean for your career?
I was president of Starwood’s Asia-Pacific business before it merged with Marriott in 2016. I stayed on as CEO for Greater China to ensure that employees were placed in the right jobs. That also allowed me to take care of those who decided to exit the company. You can easily walk away when there is a merger, but my objective was to make sure that there were good teams in place, and to learn how Marriott does things. After 15 months, I felt I had achieved my objectives, and I thought it might be the time to retire, or at least take a break.

One day, I got a call from David Udell (Hyatt’s group president), who invited me to join Hyatt. That is a brand I have known for many years, and I have always admired its loyal and long-serving staff. In fact, my wife was with the group for 23 years before she left in 2012. I thought about the job offer during my four-month break, and later went to meet the Hyatt senior leadership to ask them what they wanted to do with the company.

There seemed to be a lot of opportunities for the group, particularly in China. It was also open to doing things differently. Most importantly, it was willing to change. If I am going to work with a company, it has to be the best one, and Hyatt’s successful F&B and people culture fascinated me. Finally, I took the offer.

My role was expanded to cover the Asia-Pacific region in June 2020. I already had experience of that, and I am still familiar with all the different players. My vision is to accelerate growth in key markets like South-east Asia, Japan, South Korea, and Australia.

What changes have you made to the company?
I joined in April 2018. Over the next couple of months, I visited our hotels in Greater China in person, because that’s the only way to learn about the business and the people, and to understand the products, locations, and owners. I always prefer face-to-face conversations, as it allows me to learn more about my colleagues. So please don’t give me any presentation, as I can read reports online.

My footprint covered very remote places (and one of those trips helped me) find new talent.

In between my travels, we set up a Shanghai hub in August 2018, as the one we had in Beijing was small. If you run hotels in China, you need local people. When we asked people to join us, we made sure they had the ability to do things differently. We made it clear that we were not planning to run things like a traditional hotel company. We would be more innovative and look at things differently. That’s why travelling to about 80 hotels (out of the 87 hotels we have in Greater China) really helped me. I did not manage to visit the last seven hotels because of Covid-19.

What have been your biggest achievements since taking on the role?
We formed a strong digital team in 2018 to focus on the use of smartphones for shopping. The only way to get that done was to set up a local team who knew the local market and customers. We recruited them to do something different, that is, a WeChat store for Hyatt; we were China’s first hospitality company to do so. We could not have done that without this team.

It’s important to have an online store today, as a lot of people are buying online. The good thing is that China has contained the pandemic quite well, and we have seen a surge in domestic travel to resort destinations. Having the digital team really helped us this year, especially with the recovery.

Then there’s the strategic joint-venture hotel brand, UrCove, by Hyatt, Homeinns, and Beijing Tourism Group. When I came onboard in April 2018, I wanted to create a new brand that targeted the upper mid-scale. That’s a demographic on which we had not made much of an impression.

That’s why I asked for breakfast/dinner/lunch meetings with CEOs of domestic players like David Sun from Homeinns, who I found shared my views. By December, we had agreed all the terms, and we officially formed the joint venture in February 2019. We launched this brand four months later. No Hyatt staff are involved in this brand, and the CEO runs it like a start-up. He formed his own leadership team, and reports directly to the board.

Homeinns started as a data company, not a hospitality company. They know more about technology than we do, so we use their platform. That has saved us a lot of time and effort. Homeinns, which has 5,000 hotels, is a domestic company, so we complement each other.

Tourism has been badly hit by the pandemic. What needs to be done to speed up the sector’s recovery?
Obviously, a vaccine is everyone’s hope. But the borders need to open up, as government restrictions inhibit travel. It can take only one hour to travel from Hong Kong to Macau, but a 14-day quarantine rule is applied to both cities. So it ends up taking 28 days for a trip which lasts an hour. That is challenging. Hopefully, governments will open the borders.

Which geographical markets should Hyatt focus on?
China will remain vital to us due to its population size, and also its outbound travel market. After that, we will focus on growing markets in Japan and South Korea, and try to open new markets in South-east Asian locations like Hanoi, and some gateway cities in which we don’t yet have a presence. New locations like Nha Trang and Ko Samui are also on the list, because people want to go to resorts.

What issue in Asia-Pacific do you think about the most?
We have obviously had a fair share of disasters over the years. It started with the tsunami/earthquake (2001) and SARS (2003). We went through those and recovered. But Covid-19 takes it to the next level. It’s now eight months since the outbreak. I am sure a lot of people will have learnt a lot from this. You can’t really take things for granted and need to adapt to a new reality.

Covid-19 taught us a lot, especially when it comes to air circulation. We look at air circulation in the planning stages. We make sure that it is safe. There’s a big focus on health and hygiene now. I think from an industry standpoint, we are doing a lot in that area.

How will the business in general change as a result of the pandemic?
The upside is that there are now many new ways of doing…business. For instance, there is a greater focus on local markets, as people can’t travel.

I regard health and well-being as new ‘luxury items’. We’ve already done a lot to make sure our guests feel safe (at) our hotels.

There are still meetings even though we can’t all get together under one roof. Hybrid meetings (are happening). For those who can’t (attend an event at our) hotel, we can go to their office or home to set things up. This service is newly launched because of the pandemic.

Apart from selling hotel and F&B vouchers through live-streaming in Beijing, Xi’an, Guangzhou, and Suzhou, we also organised a virtual wedding fair in Hong Kong which sold F&B vouchers as well. You just need to keep innovating.

You rose from pastry chef to your present position. What are the ingredients to your success?
A native of Singapore, I started as a pastry chef in Brunei and then I was offered different things to do – procurement, operations, development and technical services, and so on. I arrived in Hong Kong the day after June 4, 1989 and since then, it has become my home. I learnt something from every job I did, and it was always useful for my next job. I always stress the importance of understanding the culture and respecting people, whether I’m dealing with a team member or an owner. That’s my secret recipe for success.

In China, every city and province is different. When I was in development, I took up running, and that allowed me to see new cities up close. It enabled me to go off the beaten track, which was good, because rather than letting someone take you around, you can see things for yourself.

Are travel agents still important?
Online travel agents and traditional agents like professional conference organisers (PCOs) are our partners. We have been helping some PCOs to work during this period, and we have been staying connected. Obviously, Hyatt uses its own channels, but we know our partners each have their own customer base, so it’s important we tap into each other’s knowledge. To me, this is about people and relationships. We know that they need help at the moment, and we do what we can. We try to make sure there is a chance for everyone to survive, even though we are all facing hard times.