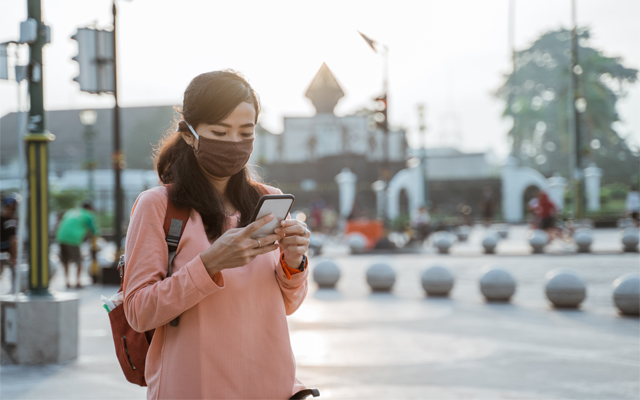 In tandem with shifting traveller demands in the new normal, Indonesia is making a concerted push towards digitalisation through various initiatives, including enhancing digital connectivity to boost contact tracing efforts and stepping up support for businesses taking the digital plunge.

In March, Indonesia’s Communications and Information Ministry launched the PeduliLindungi mobile app to trace and track confirmed or suspected cases of Covid-19, so as to bolster traveller confidence.

However, Hariyadi Sukamdani, chairman of the Indonesia Hotel and Restaurant Association, said during a recent webinar that many people are still unaware of PeduliLindungi, and urged the government to aggressively promote the surveillance app.

Hariyadi, who is also chairman of the Employers Association of Indonesia, noted the emergence of new Covid-19 clusters, particularly in office areas, since the relaxation of restrictions last month. Demand would pick up only when travellers felt safe, he said.

In the meantime, to make PeduliLindungi more accessible, Setyanto Hantoro, president director of state-owned telecommunications giant Telkomsel, said that the company is working to enhance digital connectivity across the country by ramping up the development of 4G networks in tourist destinations, especially those in the eastern part of Indonesia, such as Maluku and Labuan Bajo in East Nusa Tenggara.

Users can benefit from that improved digital connectivity in other ways. “Several restaurants are now using QR codes to create digital menus (that are viewable on diners’ mobile devices). This is also a service that Telkomsel can support through digital connectivity,” Setyanto said.

He also shared that Telkomsel has launched a digital platform called 99% Usahaku to aid the digital transformation of SMEs in the tourism industry, like hotels and restaurants. This is especially crucial as cashless payments and touchless solutions become key growth drivers in the new normal.

Covid-19 has forced countries around the world to accelerate digital adoption, said Aviliani, senior economist of Institute for Development of Economics and Finance.

She, therefore, stressed the importance for the government to extend greater support to the creative economy industry, as the sector’s tech-savvy workforce plays a key role in driving the digitalisation of the tourism industry amid the Covid-19 crisis.