South Korea is captivating the attention of Chinese travellers, with recent data from ForwardKeys revealing an increase in the number of flight searches made from China to South Korea.

Data also showed that South Korea is on a steady road of popularity against its Asian counterparts such as the Maldives and Sri Lanka. 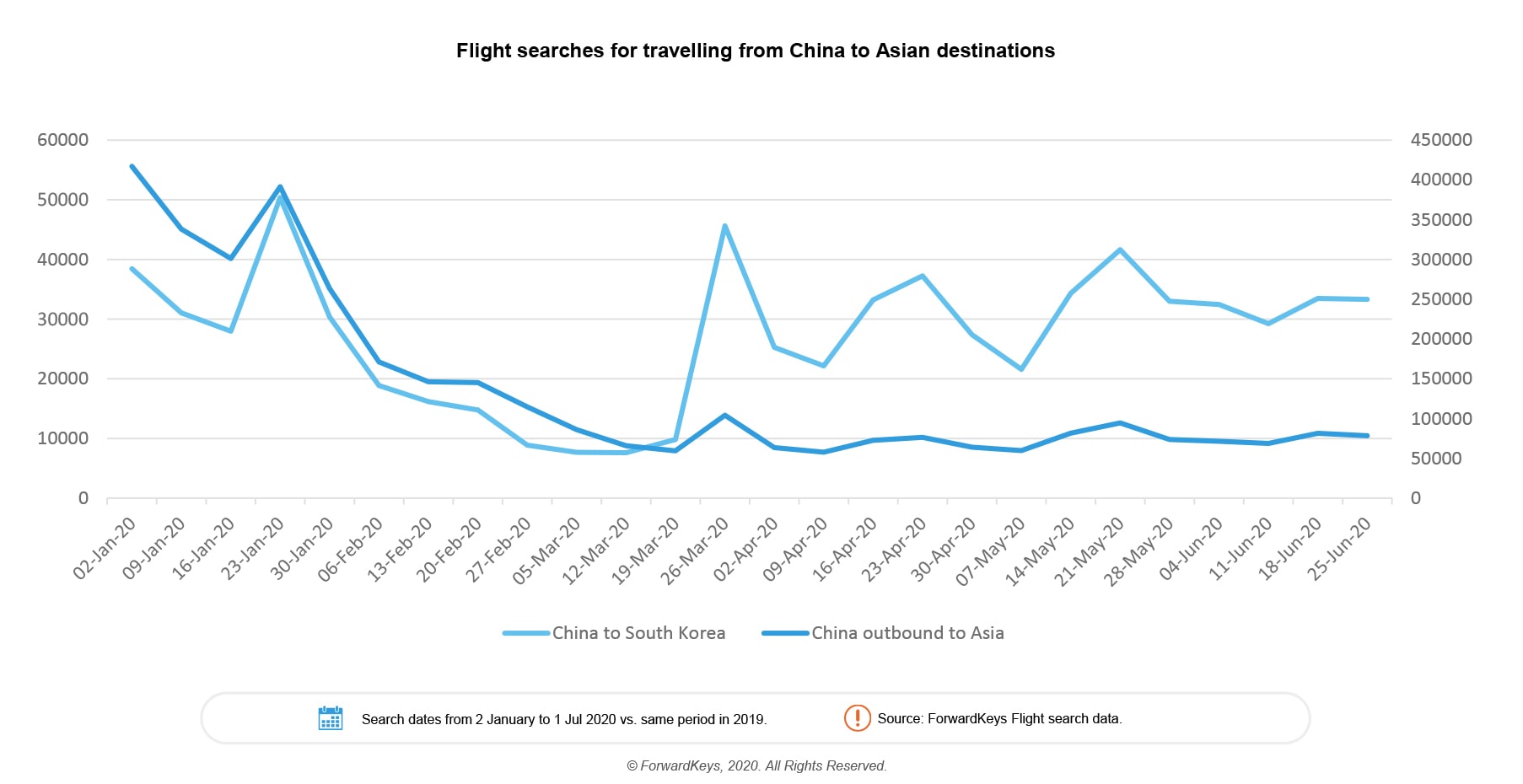 “One of the reasons why South Korea may appeal so much to the Chinese travellers is the fact that it is one of the few countries in the world to have managed and controlled the outbreak of Covid-19 in a safe way,” said Lorena Garcia, senior analyst at ForwardKeys.

“The relative closeness and increasing frequency of flights between China and South Korea could be other contributing factors to explain this surge of interest,” added Nancy Dai, Asia expert.

The ForwardKeys flight search tool also revealed that the dramatic jump in airfares since 2019 hasn’t slowed down the number of searches. On the week starting June 29, the average airfare was US$706 – more than double the price of US$284 from a year ago. 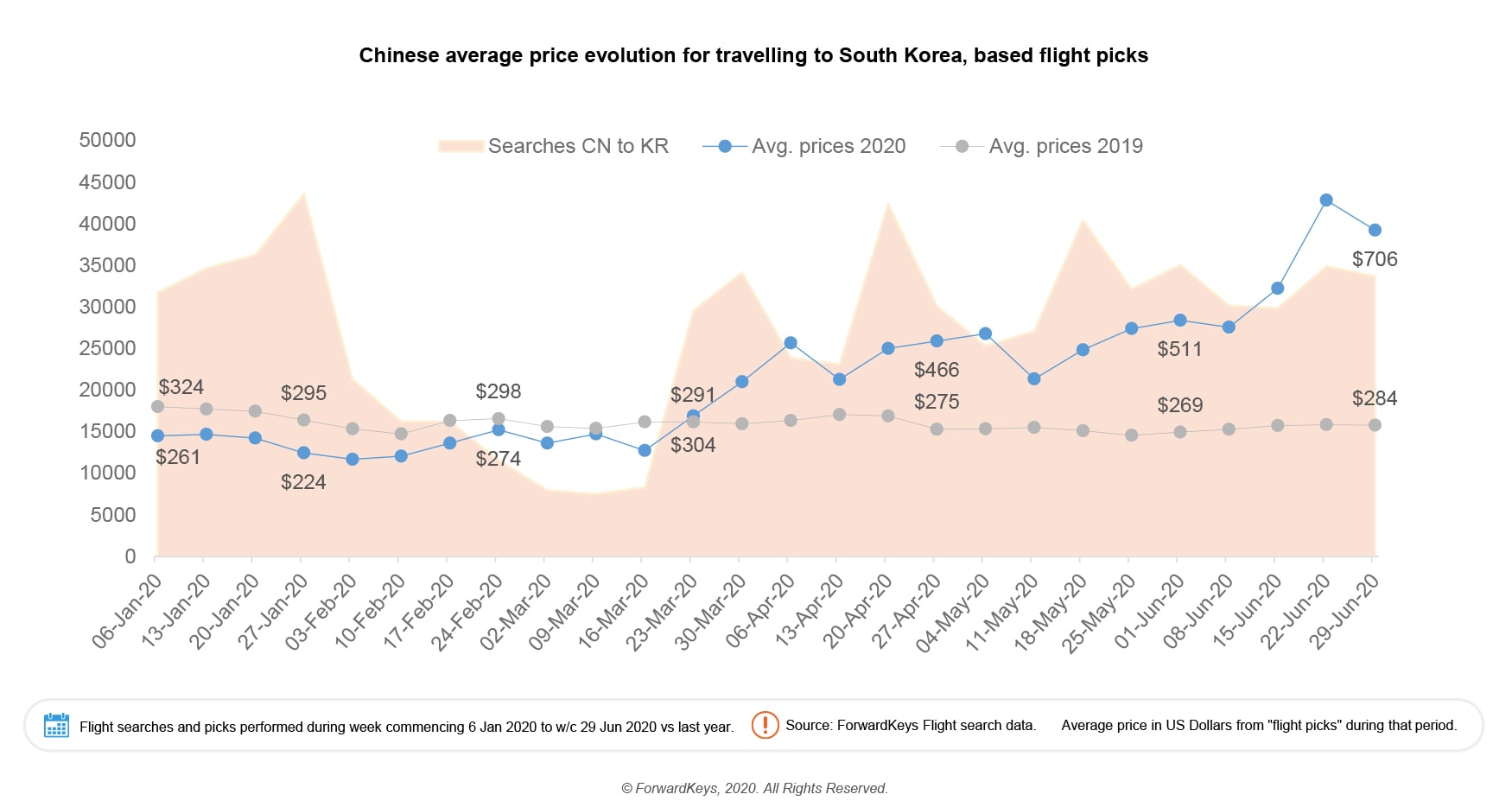 Beyond South Korea, from China, other top searched destinations in June include Japan and Thailand. In addition, the trend for flying later or last-minute reflects how the uncertainty of flight schedules and travel restrictions has impacted the booking patterns and habits out of China.

“Since the outbreak of the pandemic, we have noticed that the average Chinese traveller has gone from two booking months in advance to booking just four days before their flight,” said Dai. 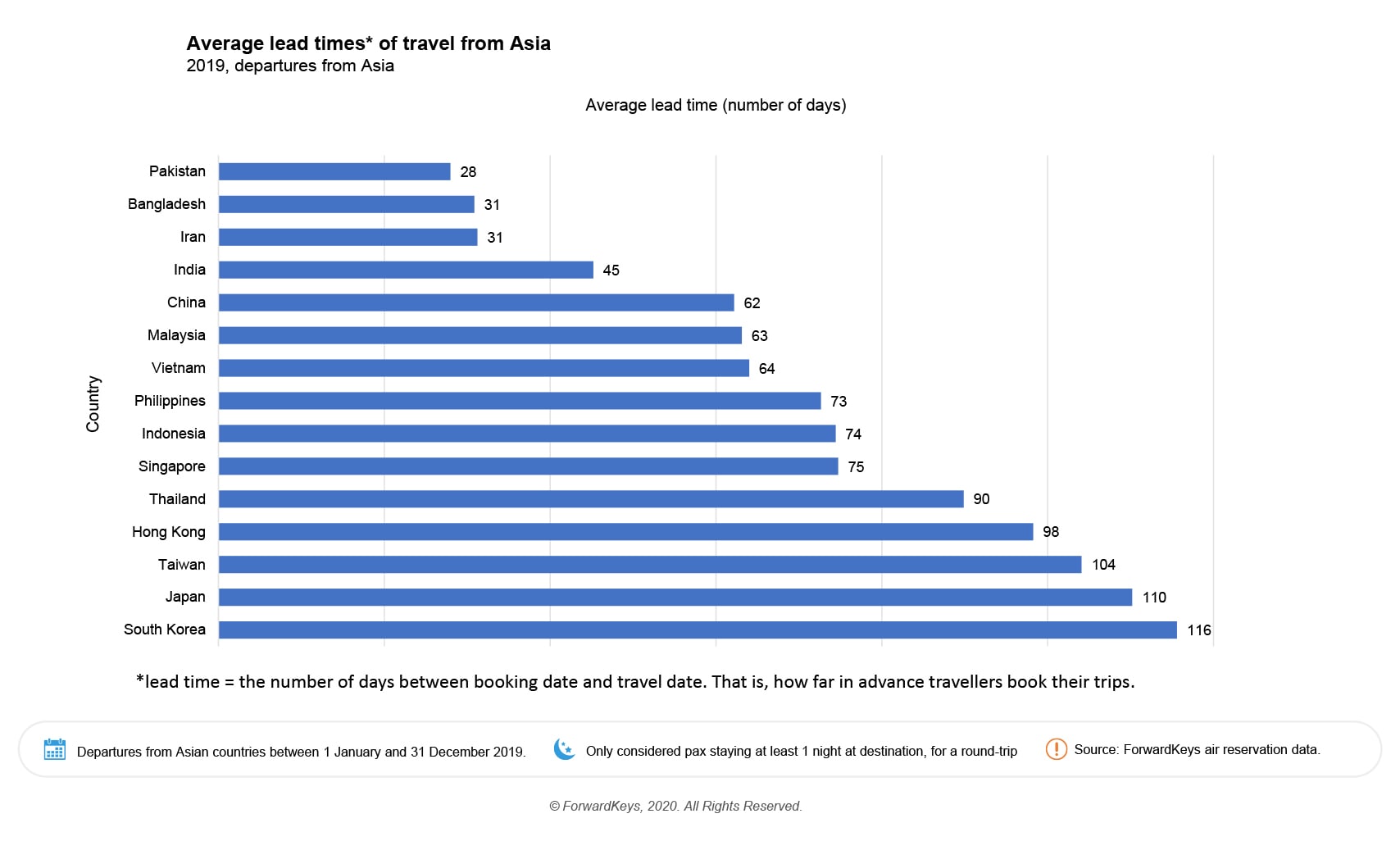 Garcia concluded: “Monitoring such travel trends is not just interesting for us analysts, but useful to share with our clients and audience, particularly the ones impacted by hotel bookings, duty-free shopping, and airlines.

“Knowing who is looking to fly, when and where, can save your business money in the investment you make in advertising, product development to even staffing.”