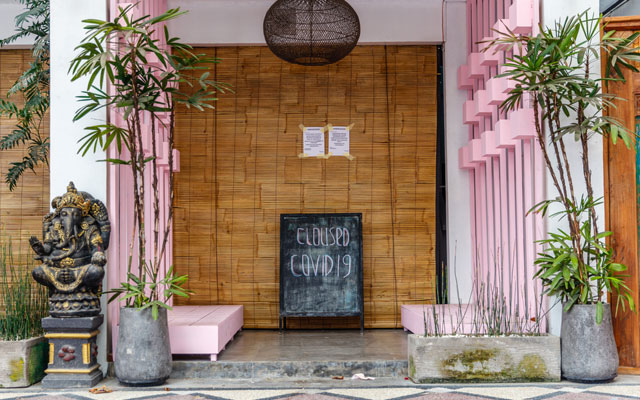 Hotel and F&B operators in Indonesia are underwhelmed by the government’s partial waiver of tax obligations, calling for more financial relief and incentives to aid the tourism sector ravaged by the Covid-19 pandemic.

Hariyadi Sukamdani, chairman of Indonesia Hotel and Restaurant Association (IHRA), bemoaned the government’s stimulus packages for their ineffectiveness in helping hoteliers tide through the ongoing crisis.

For hotels and restaurants, a 30 per cent waiver on corporate income tax, for example, was not helpful enough as they still had to shoulder the balance, while continuing to suffer losses, he said. Instead, IHRA members are hoping the government will completely waive the monthly tax.

“The pre-employment card programme is also ineffective because it benefits new job seekers instead of existing workers,” he said, hoping that the government would give the latter cash aid.

Hariyadi shared that hotels and restaurants were likely unable to pay land and building tax which is due in August, hoping that the government would waive it this year.

Most hotels and restaurants have run out of working capital reserves by now to resume operations, according to Hariyadi. He, therefore, urged the government to grant the members working capital worth 21.3 trillion rupiah (US$1.4 billion) to help tide their businesses through the next six months.

Their fiscal woes is worsened by electricity and gas bills that hotels and restaurants still have to foot, despite reduced consumption, due to the minimum charge payable, said Hariyadi. He hopes that the government would get the State Electricity Company to retract the minimum spend requirement, and bill companies for their actual usage instead.

Elsewhere, Denon Prawiraatmadja, chairman of Indonesia National Air Carriers Association (INACA), beseeched the government to absorb the Covid-19 testing costs of air travel passengers to incentivise people to fly again, as well as restore full operational capacity for airlines from the current 70 per cent in order to aid the sector’s recovery.

He also asked the government to provide financial relief for INACA members, such as waivers of parking fees, discounted aviation fuels, and tax relaxation on aircraft spare parts.

He also urged greater consistency in health and safety protocols across regions to avoid traveller confusion and subsequent aversion to travel. One region, for example, required travellers to take a Covid-19 rapid test, while another, a Covid-19 swab test.

“Another challenge is how the government is going to take action against violations committed by stakeholders in the aviation industry,” he said, adding that strict adherence to health and safety protocols is important in restoring travellers’ confidence in air travel.

Meanwhile, speaking at a webinar on tourism recovery, Wishnutama Kusubandio, Indonesia’s minister of tourism and creative economy, assured the travel industry that the government was working to provide them with more financial support.

He said that he had presented the trade’s request for a complete waiver of corporate income tax during a meeting with finance minister Sri Mulyani and that the appeal “is still being processed”.