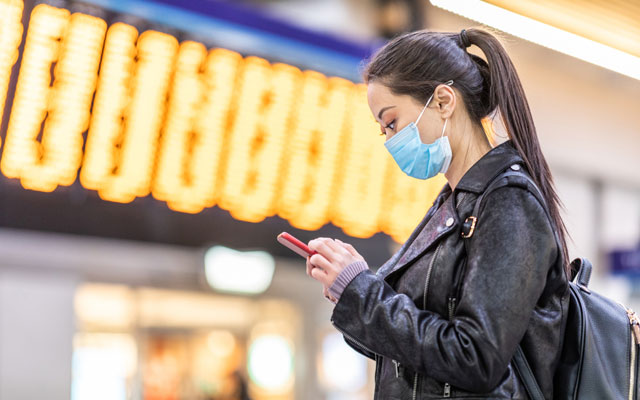 Many travellers in Asia-Pacific have plans to travel within six months, once travel bans lift, with millennials set to be the first to hit the road, according to a travel sentiment survey by Sabre Corporation.

The new survey aims to gain insight into the mindset of travellers across Asia-Pacific as the industry looks to survival, recovery and, ultimately, growth in the new normal brought about by the current pandemic.

“Our findings show that, while consumer confidence in the safety of travelling is mixed, there is also a clear pent-up demand for travel among many people across Asia-Pacific, as well as strong opportunities to be seized by all sectors of the travel ecosystem as we move forward.”

Below are the six key findings of the Sabre survey into Asia-Pacific traveller sentiment:

Some 45% of respondents expect to travel within the next six months – with millennials set to travel first
While more than a third of travellers (35%) said they wouldn’t be travelling anytime soon, or until a Covid-19 vaccine is available, there were also positive indications for the travel industry, with 45% of respondents saying they planned to travel within six months (following the lifting of relevant travel restrictions).

Of all the age groups, the survey indicated that millennials (i.e., those in the 20 to 39 age category) are the keenest to travel as soon as restrictions are lifted, with 49% saying they would travel within six months.

Out of the regions in Asia-Pacific, South Asia has the highest percentage of travellers who indicated that they are keen to travel within a year (73%).

Travellers will be swayed by relaxed safety protocols rather than price – but they do want temperature checks at major tourist attractions
Of the respondents who said they had no plans to travel anytime soon, or until a Covid-19 vaccine is available, the majority said that they would not be swayed by price once they do think about booking their next trip.

Only 10% said the main factor they would consider would be competitively priced deals such as airfares or package holiday deals, while the majority (41%) said their main consideration was a relaxation of safety measures and protocols at a destination, such as a lack of 14-day quarantine or contact tracing measures.

Of those respondents who stated they would travel within six months, 28% said they would be extremely likely to travel to a destination which implemented temperature screening before entering places of interest, tourism spots and all venues including hotels and restaurants.

However, even though respondents said they thought air travel posed the highest risk, more than half (52%) said they would still travel via air, provided that certain safety measures were put in place.

Additionally, 35% of all respondents said “safe social distancing with empty seats between passengers” was the most important measure to help them to feel safe to travel via air.

Other important measures for potential air passengers were a requirement for all crew members and passengers to wear a face mask, as well as enhanced cleaning for meal trays, seats and lavatories before boarding.

However, even with safety measures in place, 70% of respondents who said they would travel via air would prefer to cancel or reschedule their flight if they were informed that the flight was completely full.

In contrast with the overall Asia-Pacific results, the majority of travellers in Japan ranked cruise as the riskiest mode of transport in a finding. Some 50% of respondents in Japan stated cruise posed the highest risk of infection, with 73% indicating they would avoid travelling via this mode of transport completely.

More than a third of travellers (74%) are expected to opt for shorthaul or domestic travel
While travellers across Asia-Pacific remain cautious about travelling, of the 44% who indicated they will travel within the next six months, 41% said they would opt for shorthaul travel (below eight hours travel time), while 33% said they would choose domestic travel, with the remaining 26% saying they would be travelling longhaul or had no preference.

Of those surveyed, 68% said they foresee booking their next holiday through travel agencies to save the hassle of pre-travel research. The results varied across markets in Asia-Pacific.

This sentiment is particularly strong in North Asia, where 72% of respondents indicated that international branded chain hotels will remain their top choice post-Covid-19.

Meanwhile, 64% of respondents whose choice before Covid-19 were home stays, boutique hotels, motels or other forms of accommodation, and who said they would now change their preferred type of stay indicated their new choice would be international branded chain hotels.

The biggest reasons for sticking to, or making a switch to, branded chain hotels were assurances of enhanced sanitation and cleaning as well as the use of new cleaning technologies.

The Asia-Pacific travel sentiment survey polled travellers across the region from June 3 to June 30, 2020. A total of 618 responses were gathered and used to formulate these insights.