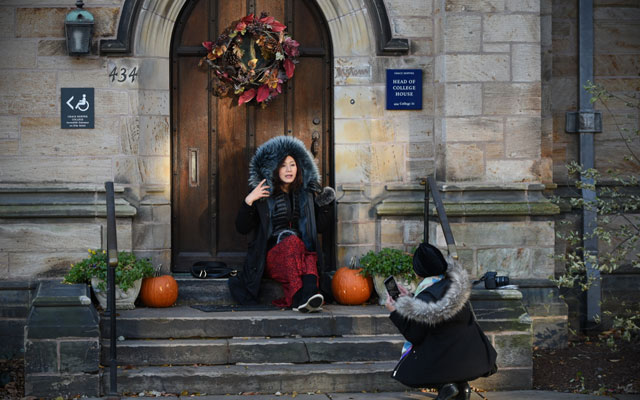 Short-term interest in travel to the US is down across most of the country’s key inbound markets, with the Chinese market posting the steepest fall, amid a continued rise in Covid-19 cases in the US.

Travel intent from China to the US in the year ahead tumbled by 18 per cent, shared Caroll Rheem, vice president of research and analytics for Brand USA, the DMO dedicated to marketing the US to international markets.

She was citing a recent customised study by Engine/ORC International at Brand USA’s recent Covid-19 Research Update webinar. Specifically, the year ahead referred to the 12-month period from the date the survey was held (June 11, 2020).

The survey compared travel intent at time of study to the 2019 average, with average probability proportional to size (PPS) figures. The decline of travel sentiment in the Chinese market surpassed that of Asia-Pacific markets Australia, India and South Korea, where intent dropped by five, six and two per cent, respectively.

Though travel intent to the US in Japan grew by three per cent, Rheem cautioned that much of that sentiment is likely directed towards the Pacific Islands such as Hawaii, Guam and Saipan – destinations familiar with the Japanese. Amid the volatile tourism landscape, travel sentiment among Chinese travellers towards most of the US’ competing destinations also declined, falling to between zero per cent to eight per cent. This is a markedly lower decline than the -18 per cent fall in Chinese travel intent to the US.

This means the US’ market share in China outbound travel is set to shrink, even as Chinese outbound travel sentiment begins to stabilise. Intent to travel internationally among Chinese respondents for the year ahead has remained at -37 per cent for studies done across April, May and June, relative to the 2019 average. Beyond the significant number of Covid-19 cases in the US, which affected travel intent to the country across all markets, specific reasons were not given for the drop in Chinese travel sentiment.

Chinese respondents who expressed uncertainty in making decisions to travel internationally over the next 12 months cited concerns over Covid transmission (more than 50 per cent). A dip in availability of activities and experiences and travel restrictions were also significant reasons, each selected by more than 40 per cent of respondents.

Nearly 20 per cent of respondents cited doubt over financial stability as the reason, while a similar number shared that they were unable to afford international travel in 2020. Among those keen to travel in the year ahead, 80 per cent of respondents said rest and relaxation was the most important consideration when deciding on a destination.

This was followed by learning about different cultures, visiting distinctive attractions, getting in touch with nature, and keeping within comfort zones, each chosen by more than 70 per cent of respondents. According to Rheem, travellers in general are expected to oscillate between the experimentation and decision stages of the Kübler-Ross Emotional Response to Change – a model of emotions and states that arise when faced with change – where they have information to make plans and decisions, but the environment remains volatile, leaving many still experimenting with new ways of adapting.

As global consumers adjust to new travel norms, Oxford Economics predicted that the US international tourism market could take five years to recover to 2019 levels.

International arrivals and tourism spending are expected to bottom out in 2020, after plunging by 50 million and 75 per cent, respectively this year, shared Rheem.

US hospitality industry demand is expected to recover to 88 per cent of 2019 levels by end-2021, with a full recovery expected only in end-2023.

Recovery is set to be gradual amid border controls, continued hesitancy about international trips, and lingering effects of the worldwide economic recession, said Rheem.

Rheem cautioned the figures from Oxford Economics is based on the likelihood that pandemic conditions will improve through 2020, and that a downgrade would be necessary if cases in the US continue to increase.

For consumers, being equipped with information on pandemic conditions and having the confidence that risks and costs are of an acceptable level are pertinent prerequisites before international travel can resume, reckoned Rheem.

Some travellers may even want to go through Covid-19 tests before entering the destination and be willing to be tracked in their time there.

Destinations and tourism suppliers also need to work on increasing flight availability and working out procedures to ensure primary attractions and experiences can reopen and maintain a certain level of capacity.

On a policy level, promoting the recovery of international travel would involve removing travel restrictions for most travellers – including the widespread two-week quarantine measures – as well as ensuring cases remain low at both the origin and destination.

Rheem shared that the US Travel Association is working to standardise health and safety expectations and processes across various states, to avoid traveller confusion.