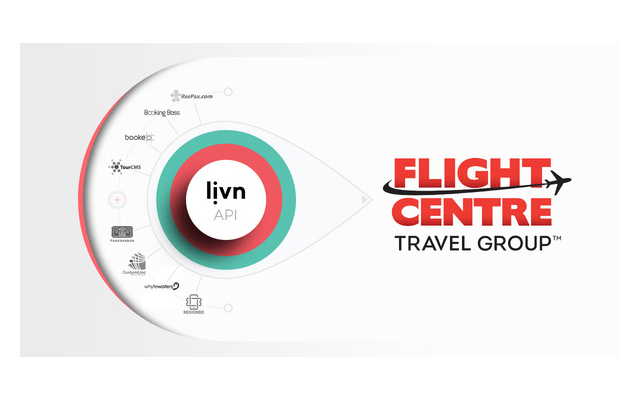 Flight Centre Travel Group has teamed up with Sydney-based technology firm Livn to introduce a world-first booking process for the tours and activities sector.

The move to connect Flight Centre to its supplier base using a single application programming interface (API) will bring the sector in line with the real-time booking capabilities that have been available in the aviation and hotel industry for many years.

Breaking the news first to TTG Asia, Livn CEO Mark Rizzuto said the development is expected to significantly change operations for one of the world’s largest travel agency groups and its partners to provide automated efficiencies and increase sales.

“Up till now, the industry has struggled to gain access to live inventory,” said Rizzuto. “Travel agents still have had to make phone calls or go on their suppliers’ websites to make the booking.”

“(With the API), Flight Centre is able to book the Sydney Bridge Climb within a few hours of departure. This functionality is not always apparent on other platforms like Viator, where the product can disappear in the last 48 hours before consumption,” he added, pointing out that 53 per cent of day activities were booked 72 hours before usage by the consumer.

Rizzuto envisions a ripple effect that would see cheaper experiences increase their bookings.

He elaborated: “Generally speaking, in the past, when consultants were approached with a budget, they would have probably gone for a high-ticket item like a cruise down the Nile for US$2,500 rather than a camel ride around the pyramids costing US$150 because the lower ticket item was too hard to book. But now, I’m going to argue the consultants will be able to offer and book these experiences as easy as the high-ticket items.”

“Also, we believe that while tourism recovery will be led by aviation with some brilliant fares, the tours and activities sector will be next, as cruises and extended (group) touring will experience a slower return. This automation will give Flight Centre a massive shot in the arm against its competitors and Flight Centre can expect a significant increase in volume of sales.”

He further stressed that unlike its competitors, Livn is an open connectivity hub that does not interfere with the existing commercial equation between agencies and their suppliers, making it an industry solution.

Flight Centre will complete transferring its tours and activities inventory online by 1Q2021, making the API operational in the group’s operations with more than 2,000 leisure, corporate and wholesale businesses in 11 countries including several in Asia.

Correction: This interview has been edited for clarity. In the original post, we wrote that Flight Centre is able to book the Sydney Bridge Climb at an hour’s notice. This is incorrect, and Flight Centre can instead make the booking within a few hours of departure. We also incorrectly stated that this can’t be done via other platforms like Viator; it can, but this functionality isn’t always apparent on other platforms.