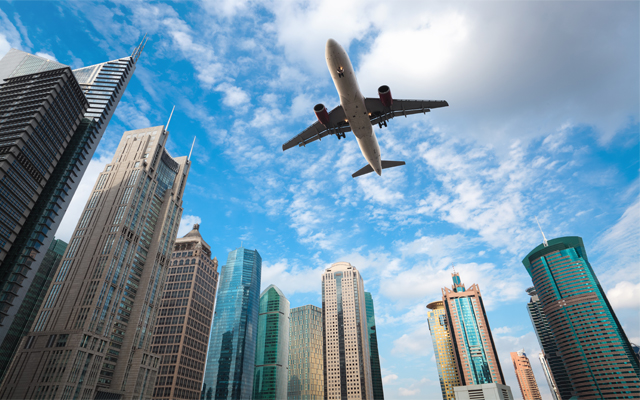 Despite a second wave of Covid-19 infections in Beijing, China’s aviation recovery is expected to surpass that of other Asia-Pacific markets through August, according to forecasts by Ascend by Cirium.

Speaking at Cirium’s recent virtual seminar on Post Coronavirus Recovery for Aviation in China and the Asia-Pacific Region, Joanna Lu, head of consultancy-Asia, Ascend by Cirium, noted that seven-day seat capacity in the mainland is expected to recover to pre-Covid-19 levels, and possibly even see a slightly positive year-on-year growth by end-August.

Meanwhile, most other markets in the region are expected to still register year-on-year decline in seven-day seat capacity by end-August, even as capacity continues to improve in July and August.

Overall, seven-day seat capacity across Asia-Pacific is expected to see a lower year-on-year decline of 12 per cent come August versus 43 per cent in June.

China’s recovery trajectory is markedly different from of Hong Kong, which is expected to see year-on-year change in seven-day seat capacity recover to approximately -20 per cent by end-August, below that of the overall region. Lu cautioned, however, that signs of recovery have to be considered alongside continuing uncertainty and the fact that airlines tend to make short-term capacity reductions in response to shifts in the industry.

Nevertheless, an encouraging sign supporting predictions of recovery is the increasing number of Chinese aircraft in service over the past few months, which signals that China’s domestic market is on the mend, shared Lu. Meanwhile, recovery of daily in-service fleet across the rest of Asia-Pacific trails behind China’s, reaching 1,238 on June 19, or just 33 per cent of January 3 fleet numbers. In China, aircraft utilisation has been lagging behind that of fleet capacity. The number of hours flown by China’s single- and twin-aisle planes in mid-June came in at around 6.5 and six per day respectively – still 22 per cent and 44 per cent down from that at the start of the year. While the mainland domestic travel market is on track for recovery, its international travel market has been struggling since February. As a result, overall air traffic has been down 58 per cent year-on-year between January and April.

Concurrent air traffic trends for Asia-Pacific nations varied depending on the timing border controls were enacted.

Significantly, markets greatly dependent on inbound and international travel and that had no domestic travel market to tap on, such as Hong Kong and Singapore, were badly hit. Cut off from the mainland and the rest of the world, Hong Kong’s air traffic fell by 73.4 per cent in April over the start of the year, while Singapore faced a 48.4 per cent decline.

For instance, China is in talks with South Korea and Singapore to put in place travel bubbles for essential corporate travel.

With this in mind, Cirium predicted that departure seat capacity of flights from China to South Korea could recover to 800,000, nearly 80 per cent of that in January 2020.

At the same time, capacity from China to Singapore could recover to just over 200,000, approximately half that of January 2020 levels. Should markets recognise public health standards of other destinations and provide information openly, Lu predicted that more of such agreements will be sealed in the future, which could lead to a much-needed revival of international air travel.

Countries forming such agreements are likely to be nearby or ideologically compatible.