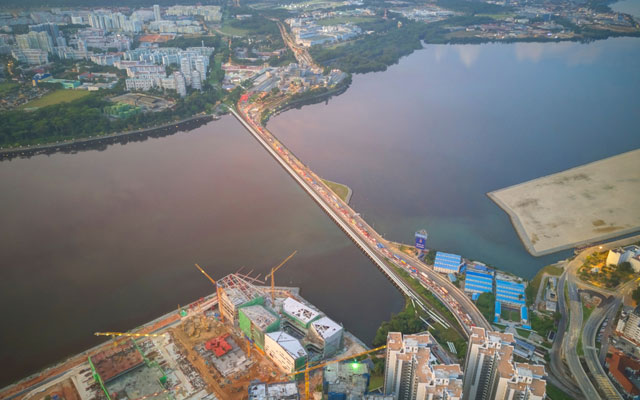 A reciprocal green lane (RGL) and a periodic commuting arrangement (PCA) will be established between Singapore and Malaysia to cater to the needs of different groups of cross-border travellers.

The decision was made following a telephone call between Singapore prime minister Lee Hsien Loong and Malaysian prime minister Muhyiddin Yassin on June 26, in which the two leaders discussed the gradual and phased resumption of cross-border travel between both countries, said a press statement by the Ministry of Foreign Affairs (MFA) on Saturday.

The reciprocal green lane (RGL) will facilitate cross-border travel for essential business and official purposes between both countries. Travellers would have to adhere to a set of Covid-19 prevention and public health measures, which are under discussion and will have to be mutually agreed upon by both countries.

The PCA will allow Singapore and Malaysia residents who hold long-term immigration passes for business and work purposes in the other country to periodically return to their home countries for short-term home leave. They will be able to return home for leave after spending at least three consecutive months in their country of work, and they will be allowed to re-enter their country of work after their home leave.

During the call, Lee reiterated Singapore’s commitment to address the needs of Singaporeans and Malaysians who were previously commuting between both countries. Both parties agreed that any bilateral arrangement would have to include mutually agreed public health protocols, to ensure the public health and safety of citizens on both sides, while taking into account the medical resources available in both countries.

The operational details of the RGL and PCA are currently being worked out, said MFA in the statement. In addition, both countries will continue discussions on other proposals to gradually facilitate more cross-border movement of people, so as to ensure a stable recovery by both Singapore and Malaysia from the Covid-19 situation.

Malaysia’s foreign minister, Hishamuddin Hussein, was quoted by the Sunday Star as saying that the reopening will be carried out in stages, with the groups of people divided into four categories.

He elaborated: “The first category is professionals, including those involved in business. The second category refers to Malaysians working and living in Singapore, estimated to be about 20,000 to 25,000 people.”

“The third category comprises Malaysians working in Singapore who commute from Johor on a daily basis, and the fourth category refers to Malaysian and Singapore citizens in general.”

Currently, government discussions are focused on the first two categories, he said, adding that the other two are more complex and that both sides need to ensure that they have the capacity to run Covid-19 tests for them.

Singapore has always been the top generator of inbound tourist arrivals to Malaysia. Last year, Malaysia attracted some 26.1 million foreign tourists, of which 10.16 million were from Singapore.