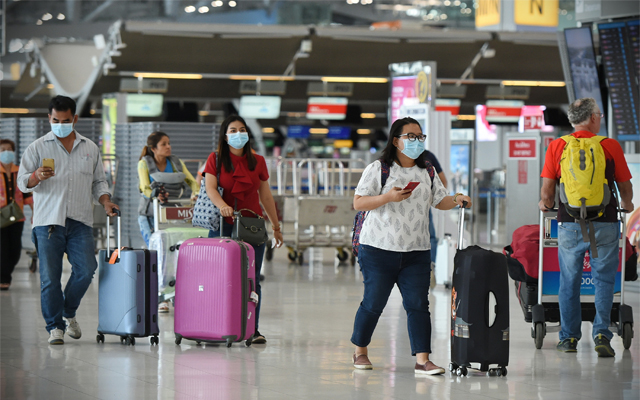 DMC chiefs in Thailand are crying for clear directions on international travel resumption from the Thai government to prevent further job losses in the beleaguered industry.

Although the tourism authorities and travel and tourism industry leaders in the Kingdom have discussed the formation of travel bubbles and controlled arrivals, namely 1,000 business travellers and medical tourists per day from countries with whom Thailand will form bilateral tourism agreements, the government has yet to announce definitive dates and decisions on the return of international tourism.

Roemer bases his calculations on an estimated 40 per cent drop in tourism-contributed GDP by the end of this month and another eight per each month of extended border closure.

“If the borders remain closed until October, we would need to cut manpower costs by 60 per cent,” he elaborated.

Tourism contributes nearly one-fifth of Thailand’s GDP at 18 per cent and nearly three trillion baht (US$134.2 billion) annually, fueling direct and indirect employment for approximately 10 million individuals. The Ministry of Tourism and Sports reported that in 2019, around two trillion baht came from foreign tourist arrivals and the remaining from local tourists.

A report for 1Q2020 by the Office of the National Economic and Social Development Board revealed the Covid-19 crisis poses a risk of layoffs of 8.4 million people; of those at risk are 2.5 million out of the 3.9 million tourism labour force.

“The key point for international tourism to restart is for governments to open borders and eliminate quarantine restrictions. The sooner the better, even if they come with conditions, such as compulsory health certificates and Covid-19 tests,” said Laurent Kuenzle, CEO, Asian Trails.

He suggested that conditional measures should be “reasonable, practical and conductive” and not strict to the point that they will bar tourists from travelling.

The Thai arm of Diethelm Travel Group is hoping to catalyse discussions on this matter between the government authorities, the Tourism Authority of Thailand, and the local tourism industry.

“The economy needs (clear planning and) the first ones to react are the ones to be out of the crisis first,” remarked Roemer, citing examples of countries in Southern Europe which immediately acted to revive their cross-border tourism in time for the summer season and successfully did so without seeing a rise in cases.

“If Thailand wants to keep its role as a leading tourism player in the region, she is expected to set an example for neighbouring countries too. There are competitors lurking and we see a more active communication of some countries. We expect the first Asian countries to open their borders for international tourism by July,” he said.

On June 16, Chula Sukmanop, director-general for the Civil Aviation Authority of Thailand, hinted that the ban on commercial international flights might not be lifted on July 1 as originally planned, and the travel bubble proposal would not be ready for implementation in July.

Prime Minister Prayut Chan-o-cha on June 15 described Thailand’s list of travel bubbles as being “still in the works”.