Indonesia is raring to bring tourism back to life, but in patient and calculated steps that take in new considerations around health, safety and traveller needs 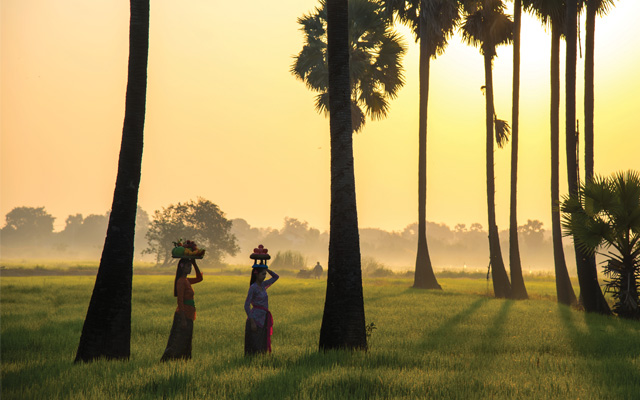 Indonesia tourism stakeholders are taking steps to resume business in the new normal, as president Joko Widodo shared a welcome decision to gradually allow businesses to reopen and for his people to learn to live with Covid-19.

Without a vaccine, Cleanliness, Health and Safety (CHS) will become an important focus for travellers when considering a trip, opined Wishnutama Kusubandio, Indonesia minister of tourism and creative economy. “We are working hard to formulate a protocol to speed up the recovery of tourism in the country,” he added.

Bali will pilot the new CHS protocol before it is rolled out across Indonesia, according to the minister.

Nia Niscaya, deputy of marketing with the Tourism and Creative Economy Board, projected that attraction capacity would be impacted by social distancing concerns and requirements.

“(One of the) new challenges for tourist destinations is therefore to rearrange the flow and determine the capacity allowed for attractions and supporting facilities,” she said.

At press time, the Ministry of Tourism and Creative Economy (MOTCE) is working with the Ministry of Health and related agencies to finalise new standard operating procedures (SOP) and certification for the industry.

The new SOP is part of the tourism authority’s three-phase recovery plan.

The emergency response phase will last until June 2020, and thereafter the recovery phase will take over from July to December. The normalising phase is expected to set in by January 2021.

“The communications strategy that we have been using during the emergency response period focuses on education and campaigns related to Covid-19 through our social media platforms. In addition, we have been providing market updates for industry players in Indonesia and overseas through webinars,” shared Nia.

These updates, which contain information on destinations and products as well as CHS measures, are being communicated through Visit Indonesia Tourism Officers (VITOs) in places such as France, Germany and China.

Content is tailored to specific markets, pointed out Nia.

Citing an example, she said that while Bali is a major destination for the Australian market, buyers that have requested for more updates on lesser known areas such as West and North Bali and even Banyuwangi, a destination in East Java which is gaining popularity among international travellers to Indonesia.

When asked to paint a picture of how tourism recovery would look for Indonsia, Nia said domestic travel would return before the regional and international markets.

Bali, Yogyakarta and Riau Islands would likely see the initial wave of returning tourists. As such, they will be promoted by the tourism authority in the first stage of recovery efforts.

Nia said: “Bali is obviously on top of travellers’ mind and will be the biggest contributor of arrivals to Indonesia. (Bali will also catch the first group of returning tourists because it) has managed to curb (the spread of Covid-19) cases earlier than the rest of the country.”

Besides Bali, Yogyakarta is a favourite among domestic travellers while Riau Islands is a hit with Singapore and Malaysian markets, explained Nia.

During the recovery phase, the MOTCE will run activities such as joint promotions with travel companies and airlines, and familiarisation trips highlighting the readiness of destinations in the new normal.

Destinations and tourist attractions are eager to respond to the government’s call for preparation.

Yanuar Bramuda, head of Banyuwangi Tourism and Culture Office, said in a webinar: “We have established the Nursing Tourism Programme, a collaboration between the Banyuwangi Regency government and the National Nurses Association in 2019, before this outbreak. The programme does not only take care of travellers who fall sick during their visit but also develop Banyuwangi as a healthy destination (defined as having a clean environment, hygienic facilities and healthy food products).”

The Recreational Park Management of Borobudur, Prambanan and Ratu Boko Temples (TWC) has started implementing health protocol since March, according to Hetty Herawati, its director of marketing.

The parks are currently closed but Hetty said the management has come up with SOPs that will kick in once the government lifts the compulsory closure.

The SOPs will include a cap on visitor numbers, temperature checks and provision of hand sanitisers around the temple complex.

“During the closure we have installed more signs in several languages to convey self-distancing reminders in restaurants and at sales counters,” Hetty added.

But before the park gates can reopen, Jawa Timur Park Group is bringing visions of its premises and animal residents to travellers though virtual tours on social media platforms.