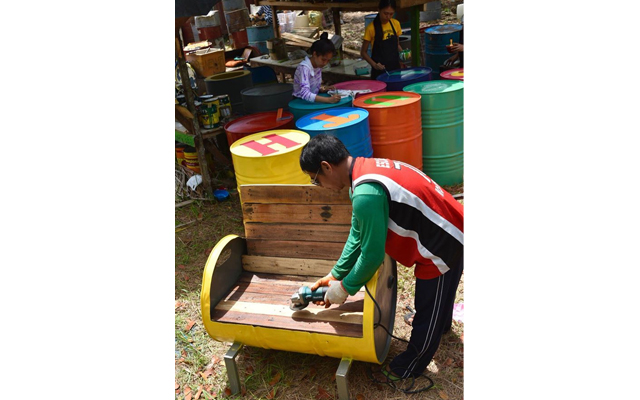 A resort in Panglao, Bohol is utilising the pandemic-induced downtime, where tourism has been at zero since mid-March, to innovate by having its staff build an organic farm which is already benefiting the local community.

South Farm provides guests of the neighbouring South Palms Resort Panglao and North Zen Villas with a local agriculture experience within a resort landscape, laden with farm-to-table meals; a rustic camp; educational and festive activities; hand-made, recycled materials; among others.

But the owner, hailing from an agricultural heritage, wants to do more so that the farm will be the core for future expansion into a “community hub farm”, said Ken Hawkins, Topo Design Studio’s horticultural consultant, in a Farm to Table Hotels virtual event organised by Delivering Asia Communications.

The organic farm has wide species and varieties of fruits, vegetables, herbs and spices for its sister resorts, and several outside outlets requiring volume and quality. It even has utility plants like abaca whose fiber is popular among weavers, and expansion plans include having satellite farms for certain crops like coffee.

Furry animals were introduced, and there’s a plan to start breeding goats, and with the help of the locals, to produce milk and cheese.

Topo Design Studio designer, Drew Anderson, said the farm is big on recycling to the point where it started recycling and upscaling old machinery and other derelicts to create kids’ play and fun attractions.

While exploring water retention plans, they discovered pink limestone on the property, which are now used in pavements and walls extending to the resorts, Anderson said.

Hawkins said that in researching the history, culture and capabilities of the area, they discovered “little surprising elements” like the “lost forms of local art and craft searching for an audience”.

He added that they are reviving traditional food production in Bohol, such as salt-making, which has specific processes. Currently, only one family in the province is in that business, making sugar from coconut, local cakes called torta, and more.

They’re also reviving the long tradition of pottery that has fallen into neglect in the fairly poor area, with only one ageing lady practising the craft occasionally now.

They have discovered local artisans, sculptural artists and painters who can help revive traditional art and craft, while passing on their knowledge by training the youth.

However, the shuttering of tourism in Bohol since the onslaught of the pandemic has halted all these activities at South Farm. With the resort staff left idle, they were taught new skills and moved to work at the farm, according to Anderson. The restaurant supervisor is now a wood artist; the room attendant, a farmer; and the lifeguard, a welder and carpenter.

The rest of the staff are acquiring new skills at the farm, like learning how to paint, which they will put to use at the resort, once the lockdown eases, Anderson said.