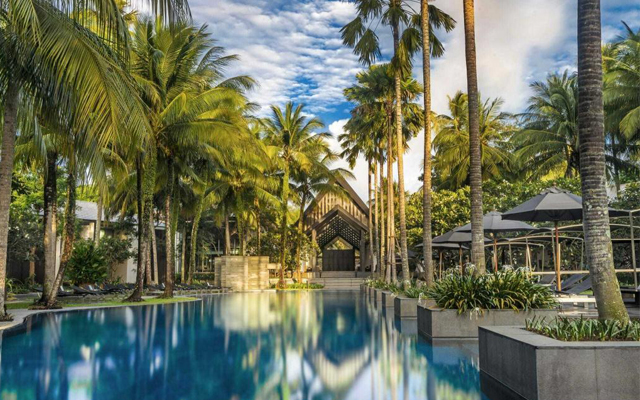 Attempts by Thai hospitality players to increase cash flow with reduced room rates, coupled with a string of domestic travel stimuli planned by the local government, promise to add to the impetus.

Bill Barnett, managing director of C9 Hotelworks, said in an online statement that Thai hotels are being inundated with a “storm of direct email, social media and even phone calls for pre-paid hotel stays,” which he attributes to pent-up demand from travellers “who have missed their holidays and trips and now want to splash out.”

Barnett described many Thai hotels as being stuck in a tight spot and needing cash flow, so much so that they are waiving room fees and charging for meals alone. He cited the case of Twinpalms Phuket, which is now offering a free stay promotion, with a minimum stay of two nights, for a minimum daily spend of 2,000++ (US$64++) baht per person, per day on F&B credits.

“Now that the hotels are allowed to open, they cannot get social security to subsidise their staff, so they have to (obtain) income as they’re stuck with having their staff back (at) work,” Barnett said.

In July, the Thai government hopes to stimulate 100 million domestic trips by offering a 3,000 baht subsidy on five million hotel rooms. A 40 per cent discount on airline tickets will also be offered to Thai tourists next month under a 20 billion baht scheme to rejuvenate local tourism.

Soho Hospitality CEO Rohit Sachdev said: “Domestic demand will definitely be constrained due to weakened spending power but the government is attempting to stimulate spending by providing tourism incentives in the form of cash handouts, and the hospitality industry will probably follow with the support of additional programmes from the Tourism Authority of Thailand.

“It will kick off with the planned Songkran holidays in July. I expect hotels and resorts to offer reduced room rates and attractive full board packages as incentives to drive consumer demand.”

During phase three of the country’s reopening, which allows limited inter-provincial travel, Thais had already begun travelling to other parts of the country “in droves”, to the point local officials were propelled to threaten re-closure, reported The Bangkok Post.

As Thailand enters phase four on June 15, the curfew will be lifted and most businesses will be allowed to reopen, except bars, pubs and soapy massages. Phuket airport will also reopen its gates, after a nearly three-month-long hiatus.

Erwin van der Veen, general manager at SALA Hospitality Group, shared in a LinkedIn post that he has seen Samui’s available inventory fully booked for weekends in June, with “quite respectable occupancies on weekdays” – all from Thai nationals and expats. Calling it an encouraging sign, he said: “All we have to do is make great offers, stay positive, communicate well and operate responsibly.”

He also noted that “July OVS bookings appear to be holding from mid-July onwards,” indicating that perhaps travellers are anxiously waiting for government travel approvals.

In a recent blog post, Barnett encouraged Thai hotels to think beyond the cash flow, and focus on their long-term relationships with customers so that they wouldn’t just show up for “one-night stands” and then disappear.