The flight experience is not restricted to the skies, as airlines push the innovation envelope to begin charming their passengers on the ground. TTG Asia reporters find out how. 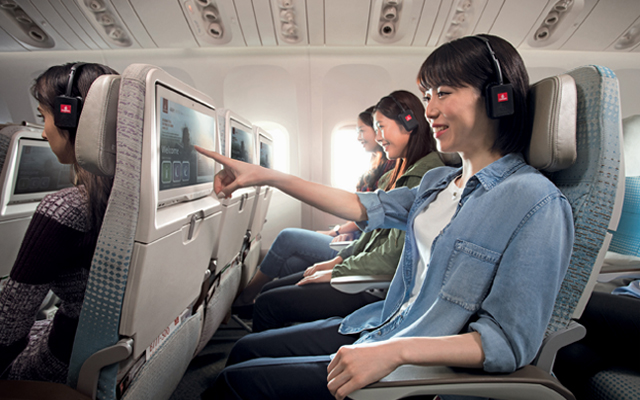 Air New Zealand
Air New Zealand (Air NZ) is working on making lie-flat beds in economy class a reality, in what would be an industry-first move to shake up the base offering of rival airlines. A launch isn’t confirmed but Air NZ appears to be in the final stages of developing the Economy Skynest after three years of research and testing at their Hangar 22 innovation centre in Auckland. The Skynest accommodates six full-length bookable sleeping pods, each equipped with a full-sized pillow, sheets and blanket, ear plugs, privacy curtains and lighting designed for sleep. Other features are also being explored, including a separate reading light, a USB outlet for personal devices, and an improved ventilation outlet.

“The scale of the challenge in developing the Economy Skynest and working through its certification with the necessary regulators is immense, but we believe it is a prize worth chasing and one that we think has the potential to
be a game changer for the industry,” said a spokesperson
at Air NZ.

“If successful, we expect other airlines to explore licensing the Economy Skynest from us just as they have with the Economy Skycouch,” he continued, referring to another innovation introduced in 2010 that effectively combined three economy seats and turning them into a couch.

Air NZ also prides itself in providing gate-to-gate inflight entertainment, the ability to order food and drinks from passenger touchscreens, and its own AI chatbot Oscar which can answer commonly asked questions about flight, baggage, lounge and Airpoints.

“It is envisaged to be an added option for economy passengers where they will be able to book a session in the pod and still have their seats for the remaining portions of the flight. A clear pain point for economy travellers on longhaul flights is the inability to stretch out, and the development of the Economy Skynest is a direct response to that feedback,” he concluded. – Adelaine Ng

ANA
Japan’s largest airline is boosting efficiency, comfort and barrier-free facilities on the ground. ANA rolled out the range of new offerings in March to improve passenger experience. For international departures at Haneda Airport Terminal 2, self-service baggage drops with capability in seven languages have been installed. Smart lanes that allow four customers to use baggage screening lanes simultaneously are in place to reduce security waiting times.

There is also wheelchair-accessible counter and streamlined check-in for passengers who need special assistance.

Four new lounges have been opened, three at Haneda and one at Narita International Airport.

At Haneda, the 360-pax ANA Suite Lounge focuses on privacy and relaxation as well as made-to-order F&B. Its reception area features a Japanese garden and bamboo forest, designed to promote a calming atmosphere. The Napping Area features six beds and five reclining chairs as well as a private area with booths fitted with televisions.

In the Live Kitchen, chefs serve omelets in the morning and nigiri sushi in the evening, while the Bar prepares coffee by day and more than 20 kinds of cocktails at night.

The 900-pax ANA Lounge also has a Live Kitchen and Bar as well as 24 booths offering semi-seclusion and a kids’ room.

Open from 04.30 to 12.30, the ANA Arrival Lounge has a footbath with an ocean view and 18 shower rooms, two of which are barrier-free. It also serves light meals and beverages.

At Narita, the ANA Lounge is located in Satellite 2, catering to passengers departing from farther gates or taking a bus to their aircraft.

“Ensuring that passengers can easily access one of ANA’s lounges no matter where they are located in the airport exemplifies ANA’s commitment to Japanese hospitality and passenger convenience,” commented Hideki Kunugi, executive vice president of ANA, on the lounge’s location. – Kathryn Wortley

Emirates
One of Emirates’ most recent innovations is its biometric path at Terminal 3 of the Dubai International Airport. Utilising the latest biometric technology, comprising a mix of facial and iris recognition, Emirates passengers will be able to check in for their flight, complete immigration formalities, enter the Emirates Lounge, and board their flights. Notably, this is a world-first for passport control, where passengers are “cleared” by immigration authorities without human intervention or the need for a physical passport stamp.

This technology can be found at select check-in counters, at the Emirates Lounge in Concourse B for premium passengers, and at select boarding gates. For instance, customers flying from Dubai to any of its 12 destinations in the US can benefit from this service, reducing the time taken for identity checks.

In 2018, Emirates introduced 3D seat models on emirates.com, becoming the first airline to introduce web virtual reality (VR) technology on its digital platform. In 2019, Emirates introduced a new function on its app to allow customers to create bespoke playlists ahead of their flight and sync it to their seats once on board.

Big data is also used to better understand an individual passenger’s needs and predict what they would want for a personalised flight experience. For example, flight attendants have access to tablets onboard filled with data gleaned from its website and the 25 million members of the frequent flyer programme, Emirates Skywards.

Regardless of cabin class, all customers can look forward to savouring regionally-inspired and diet-specific meals, to enjoying over 4,500 channels of on-demand audio and visual entertainment in multiple languages on its inflight entertainment system, ice.

On the ground, Emirates’ airport lounges are an integral part of the airline’s service and product offering for its premium and loyal customers.

The Emirates First and Business Class lounge at Changi Airport, for example, was designed with a focus on comfort and quality, offering facilities such as LED TVs, showers, a business centre as well as a dedicated dining area which features an extensive menu of complimentary hot and cold dishes.

First and Business Class passengers can enjoy complimentary chauffeur service the airline offers in over 75 cities worldwide, for a seamless journey from start to finish. Those travelling with young children meanwhile, will benefit from dedicated and faster check-ins, complimentary strollers, family baggage allowance and early bag drop-off when they travel via Dubai International Airport. – Rachel AJ Lee