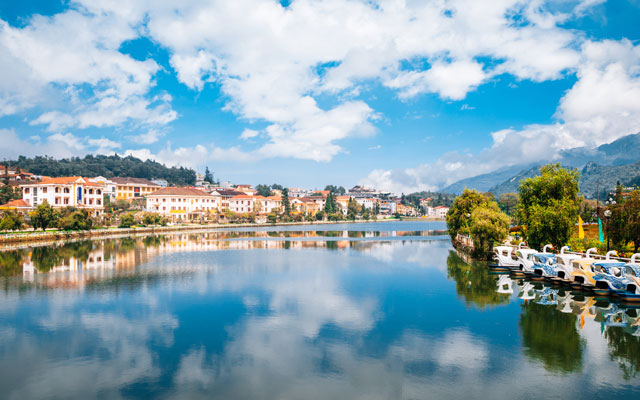 Vietnam’s booming luxury outbound market in 2019 is expected to scale back in the aftermath of the pandemic, as cautious elites choose to stay close to home for safer holidays, projected luxury travel specialists.

Prior to the pandemic, Luxury Travel Vietnam said the wealthy locals jetted to far flung destinations, particularly Paris, Rome, Amsterdam, Barcelona and London. The US, Japan and South Korea were also a hit with some.

Despite the desire for travel, Linh Le, principal and CEO of Luxperia, said it would take a long time for confidence to be restored in longhaul travel. He predicted domestic travel would drive the luxury market’s recovery for some time. Popular destinations include Vung Tau, Phan Thiet, Danang, Sapa and Phu Quoc.

Emerging coastal spots, such as Quy Nhon in Central Vietnam, will also appeal to the country’s elite. This is spurred by the opening of high-end hotels, such as Anantara Quy Nhon Villas. Pieter van der Hoeven, Minor Hotels’ regional general manager IndoChina, noted the domestic market already forms a “significant part of the overall business mix”.

Luxury Travel Vietnam’s CEO Pham Ha said the segment’s recovery is dependent on many factors in addition to travel being given the all-clear. These include the re-establishment of international airline routes and visa policies for Vietnamese travellers in destinations.

Added Ha: “The luxury outbound market will need a long time to recover, even once the coronavirus pandemic is over. Travellers are still worried about health and security in other countries. Therefore, they will prefer domestic spots over international ones.”

However, he predicts that when confidence is eventually restored, luxury travellers will seek out relaxing vacations away from the masses, with safety placed at the forefront. There will also be a spike in demand for charter cruises and flights.

“Instead of going to big cities, they may select off-the-beaten-track resorts or stay at hideaway villas with private services. Vietnamese luxury travellers will tend to select all-inclusive packages to avoid having any trouble in payment,” said Ha.

Ha told TTG Asia that cruise guests would find the ship’s plentiful common spaces and dining venues reassuring, as these prevent over-crowding risks. Health and safety precautions will also be in place – guests will need an all-clear health certificate prior to boarding, a doctor will be onboard to attend to medical cases, and hand sanitisers will be provided throughout the ship.

According to global property consultant Knight Frank’s Wealth Report 2020, the country had 458 people with a net worth of more than US$30 million in 2019.

The report also revealed Vietnam had five billionaires by the end of 2019. This is expected to rise to six by 2024. The country was home to 25,727 millionaires in 2019, a 12 per cent hike from the previous year.

The report said the number of ultra-high net worth individuals would hit 753 by 2024. This placed Vietnam as the world’s third fastest to increase in the next five years, at 64 per cent. – Additional reporting by Karen Yue