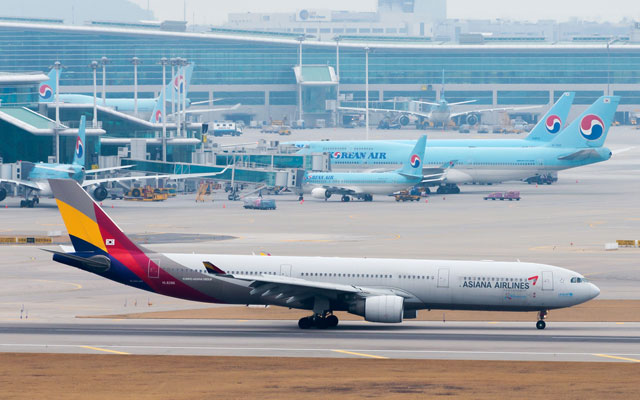 South Korea’s major airlines are cautiously preparing to restart a handful of international flights from June, starting with countries which have not imposed entry bans, but only quarantine measures.

For one, the country’s second-largest carrier Asiana Airlines said it will cautiously reopen flight routes next month in an attempt to raise its operating rate from the current eight per cent to 17 per cent.

It will restore 13 international routes and add 57 more flights during weekdays in an effort to prepare for the easing of entry restrictions in the near future and boost its profitability.

Out of the 13 restored routes, 12 will go to China. Also, the number of flights going to South-east Asian cities like Hanoi and Ho Chi Minh will rise from the current three times a week to seven weekly connections, while flights to Phnom Penh and Manila will increase from three times a week to four times weekly.

“Although the demand for international flights is meagre compared to before, we have decided to reopen some routes for those that need to go on business trips and official government duties”, Asiana Airlines said in a press statement, adding that more routes may be opened based on demand.

Flights operated by Asiana Airlines going to Seattle will resume for the first time in 77 days, with thrice-weekly services, on the back of increasing cargo demand. As well, flights going to Frankfurt in Germany will be upped to four times a week from the current three.

Since May, Korean Air has been operating special flight services for Korean citizens in Sydney and Vancouver to Incheon regularly, while also adding daily flights between Incheon and New York. The national carrier said that from June, it will resume regular flights to destinations in South-east Asia, including Kuala Lumpur, Yangon, Hanoi, Ho Chi Minh and Singapore.

Smaller carriers like Eastar Jet and Air Busan have suspended all international flights until the end of June, while Jin Air, Jeju Air, T’way Air and Air Seoul have not officially announced a date for flight resumption.