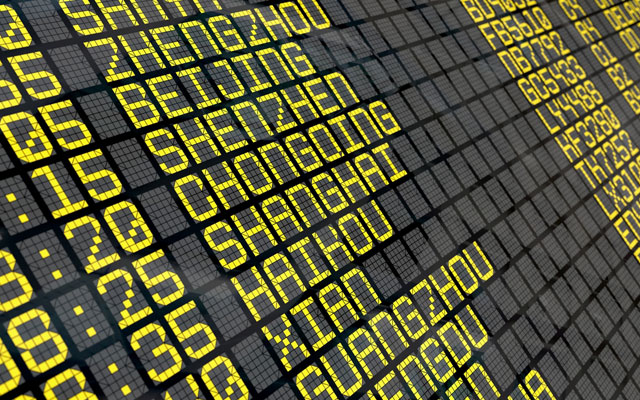 Air travel and flight capacity within China are showing first signs of recovery, according to press statements from travel analytics companies ForwardKeys and Cirium.

While this could mean travel players in specific locations in China can look forward to a rebound in the coming months, international air recovery remains uncertain.

ForwardKeys was cautious to speak of international travel recovery with the continued restrictions of flights in and out of China.

ForwardKeys’ data showed that Chinese domestic air travel has been in a slow but steady recovery since it hit the lowest point in mid-February. In line with a slight restart to the economy and an increase in domestic air capacity, air travel within the country rose by 62.9 per cent during the week starting February 23, compared to one week prior.

Between the first week of March and the third week of April, domestic air travel rose by another 19.5 per cent from what was still a low figure in end-February.

Cirium’s analysis that domestic airline capacity was recovering in China corroborated with ForwardKeys’ observations. From a peak year-on-year drop of 71 per cent on February 24, capacity was down by just 33 per cent on April 22, said the company in the press statement.

China’s passenger aircraft also accounted for 40 per cent of the 1,000 such aircraft that returned to service between the start of March through to April 22.

With the lifting of the 14-day quarantine requirement on travel between Beijing and low-risk areas in China on April 29, ForwardKeys said that it expects a more significant uplift in domestic air travel in the weeks ahead.

The announcement on the capital is welcome news to tourism players in Beijing, who have been seeing extremely weak air travel since the strictest travel restrictions were imposed on the city. Beijing continues to face the most stringent travel limitations across the country today.

Oliver Ponti, vice president insights, ForwardKeys, said that the domestic recovery is a positive sign for hoteliers with “properties and clientele in the right parts of (China)”, who can now “look forward to welcoming guests again”.

Moving forward, ForwardKeys expects inbound domestic travel to Shenzhen and Hainan Island to be indicative of recovery trends, considering that flight arrivals picked up in both areas early on, in the third week of February. Ponti, however, was more cautious. He pointed out that international air traffic to and from China was “still falling”, as restrictions remained on flights in and out of the country. Destinations looking forward to the return of tourists from the country still have to wait, he added.

ForwardKeys estimated that this means only 130 international flights will land in China each week, and a maximum of 5,000 people each day will enter and leave the country.

Whether China’s domestic air travel recovery will be indicative of international recovery will become clearer once travel restrictions are lifted. Cirium, however, noted that flight capacity in Asia is showing signs of recovery, rising by 10 per cent between April 14 and 22.

Analysis of flight capacity in the US and Europe is less encouraging with the regions still under lockdown, said the company in the press release, though global flight capacity change seemed to be reaching a trough as at April 22. Nonetheless, capacity growth has some way to go. Cirium data indicates that 16,800 passenger aircraft – more than 60 per cent of the global fleet of 26,300 – were still parked across the world on April 22.

Morris emphasised that consumer confidence post-lockdown and the extent of government support would influence airline capacity growth ahead.