The female Muslim traveller profile is changing, presenting rich opportunities for destinations and tourism suppliers who know how to read the signs and take the right steps to be more welcoming. 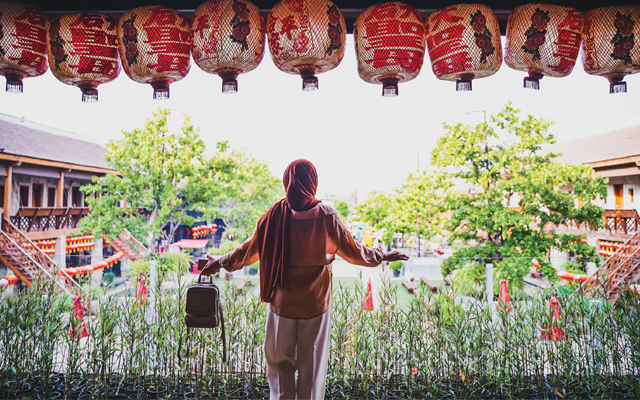 The stigma that Muslim women are conservative – that they only travel when accompanied by a male chaperone and only visit Muslim countries – is outdated.

Mastercard-CrescentRating Muslim Women in Travel report, published last year, showed that 63 million female Muslim travellers spent around US$60 billion on travel in 2018. They made up 45 per cent of 140 million Muslim travellers in the same year. Most female Muslim travellers were aged between 20 and 40, noted Raudha Zaini, marketing manager, CrescentRating and HalalTrip.

The report is just one in a series of evidence that show Muslim women travel as frequently as their peers, and are as eager to learn more about different cultures.

Driving the market’s growth are several factors: the growing population of young and educated Muslim women; the expanding middle class in Organisation of Islamic Cooperation (OIC) countries; as well as higher disposable income.

Trends within the market were also highlighted. For instance, the report noted that more Muslim women are travelling solo for business.

At the same time, Nazirah Ashari, strategy director, TBWA Kuala Lumpur, noted a new trend of all-girls group travel. This is driven by a younger generation of travellers, who are becoming more independent and are more able to make decisions on whether to travel.

Choice destinations
Q Akashah, executive director of OgilvyNoor, an Islamic branding consultancy, noted that a common misconception was that female Muslim travellers only go to OIC countries. In reality, they are travelling everywhere because of their “innate curiosity about others’ culture and way of life”.

In fact, any countries that offer pop culture, deep history as well as attractions that make for stunning Instagram backdrops are popular among female Muslim travellers.

Japan, South Korea and New Zealand are such choice destinations, according to the TBWA report.

Answering faith-based needs
In a panel discussion held in conjuction with the launch of the MasterCard-CrescentRating report, Nisha Barkathunnisha, principal consultant of Elevated Consultancy and Training, shared what it would take for destinations to court this attractive market.

According to Barkathunnisha, destinations need to work on meeting the market’s faith-based needs. While Muslim women crave exploration and seek self-fulfilment, they also want to abide by Islamic principles while travelling.

The panelists acknowledged that some Asian industry players have taken steps to cater for female Muslim travellers, by offering more than just the basics of halal food and a place to pray.

Singapore, Malaysia and the Maldives, for instance, incorporate women-only facilities and services, said Belkhir Housna, a content creator from France. These destinations stand out for her 50,000 Instagram followers and 120,000 subscribers on YouTube, most of whom are Muslim women who like to travel, said Belkhir. Measuring one’s impact
In time to come, women-only facilities alone may not be enough to win over female Muslim travellers who are conscious that Islam is not just about “doing the basics”, but in “how (one is) affecting the community, society and the environment”, commented Barkathunnish.

Therefore, there is a rising demand for travel experiences that allow these travellers to make a difference to the environment and society of destinations they visit. It comes as no surprise that more millennials and Gen Z travellers are looking for hotels that are “eco-friendly” and “support local businesses”, noted Barkathunnish.

Businesses that simply talk the talk are not going to find their efforts sufficient to attract female Muslim travellers, as they desire authenticity, said Akashah. Industry players need to work at hiring people from diverse backgrounds and buying products from local farmers.

It’s all in the details
Attention to detail continues to be an important attribute for tourism establishments and destinations wanting to attract any market.

Aisha Islam, vice president of consumer products, South-east Asia, MasterCard, recalled a business trip in Thailand where a simple detail made all the diffference for her.

Having arrived after midnight on her own, she found that a female chauffeur was assigned to her rental car. “That made me feel more secure,” she said, adding that personal security is an important consideration for solo female travellers.

Another time, a hotel in Germany provided Aisha with a Quran and prayer mat upon realising she is a Muslim. At breakfast, hotel staff took the initiative to caution her to steer clear of certain dishes because they contained pork.

For Aisha, it was a refreshing gesture that demonstrated the hotel’s genuine care for its guests.

Along the same lines, Akashah suggested that attention should also be paid to Muslim guests at events, where mocktails could be served during networking parties “so that everyone can enjoy their time together”.