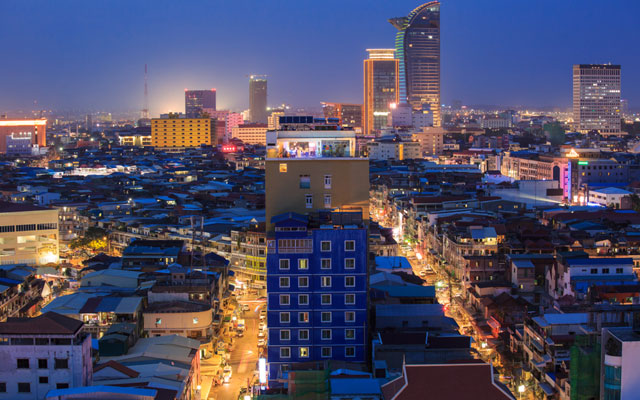 That is the basis of a study by consulting group C9 Hotelworks, which showed that last year, the lead indicator of passenger arrivals by air saw Phnom Penh exceed two million passenger arrivals, surpassing Siem Reap’s for the first time in a decade.

The report also showed a steady sustained growth trajectory, as passenger arrivals recorded double-digit growth rates from 2012 through 2018, with a CAGR (compound annual growth rate) of 18 per cent.

Clearly, the key catalyst of change for the city has been its proximity to the country’s leading private and public sector headquarters and strategic location for China’s ambitious BRI (Belt and Road Initiative). The BRI now spans across Cambodia and runs all the way south to the Gulf of Thailand and beyond into the South China Sea.

Asia is the dominant visitor source region, representing a 79 per cent market share, found the study. More telling is a deeper data dive that 66 per cent of the regional traffic is from mainland China.

Highlighting how overseas travellers are funnelling into the accommodation sector, C9’s report showed that there are 313 hotels with 19,337 keys and 523 guest houses in Phnom Penh.

A clear sign how fast-paced growth is impacting the hospitality sector is demonstrated in the fact that there are presently fifteen new hotels in the pipeline with 7,849 keys, with thirteen of the upcoming properties being major international brands including Marriott, Hyatt, Shangri-La and Accor.

As for the city’s hotel sector, there are challenges ahead with a spike in newer and bigger hotels, and it has yet to be seen how they will penetrate the existing hotel market.

C9’s managing director Bill Barnett said: “The next two years will see a massive transformation in the accommodation supply as ten new branded properties are forecasted to enter supply between now and 2022. While business travellers are the core guests, the task is how to attract other segments including tourists and the (corporate) sector.

“Phnom Penh finds itself in a similar situation as other Asian CBD gateway capital hubs like Jakarta and Yangon where hotels are defined by weekday business travellers. Manila, on the other hand, has been able to capitalise the gaming sector to grow the leisure segment and provides a more balanced model in the future.”

Unlike Siem Reap, hotels in Phnom Penh are mainly focused on the business segment. Expansion of the tourism sector remains challenging with limited direct flights, strained infrastructure and lack of diversity of tourism offerings, the report found.

Barnett added: “In general, the hospitality sector in Phnom Penh is at its early stage of development. The increasing exposure of global hotel operators, expansion of the country’s economy and improving infrastructure will help the city to shape its destination awareness and improve its appeal in the longer term.”