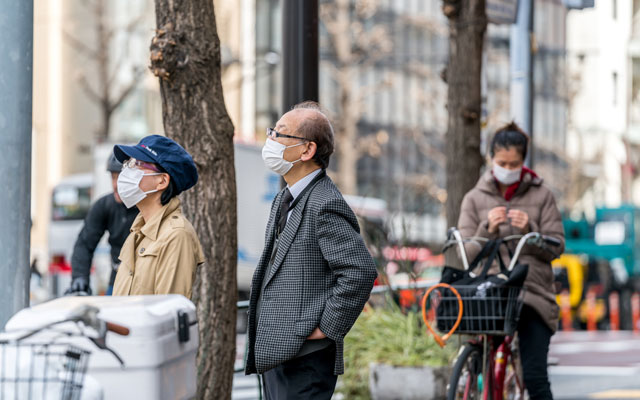 Seven Japanese prefectures, including Tokyo, entered a month-long state of emergency at midnight on April 7, as part of the government’s efforts to stem the rising tide of Covid-19 cases within the country.

Tokyo and its neighbouring prefectures Chiba, Kanagawa and Saita, as well as Osaka, Hyogo, and Fukuoka will be under this “soft lockdown” until May 6.

At a news conference on the evening of April 7, Japanese prime minister Shinzo Abe said that the move is necessary to prevent “an explosion in cases” in the seven prefectures, where a rapid rise in infections in recent days is putting strain on the healthcare system.

“We are not at a stage where rapid nationwide spread is being observed, but some areas are under pressure, so we don’t have the luxury of time. To relieve that pressure, there will have to be a transformation in people’s behaviour,” he said.

Under the new regulations, local governors are authorised to ask residents to stay at home and limit their social contact, and call on non-essential businesses, schools and public facilities to temporarily close, as well as cancel events.

Japan has one of the lowest number of Covid-19 cases among the Group of Seven nations, with 3,654 confirmed cases, 2,429 symptomatic patients, and 108 fatalities as of April 6, according to the Statista Research Department.

In Tokyo, however, infections have doubled over the past five days to hit 1,195. Chiba, Kanagawa and Saitama, which function as bed towns for the metropolis, have a combined 795 cases. Osaka is the worst affected after Tokyo, with 481 cases.

Unlike many other countries, which has stringent legal measures put in place during lockdowns such as fines and jail terms, no punishments will be meted out for those who defy the request. Instead, the government is urging citizens to practice “self-restraint” and exercise common sense.

Abe also urged residents in the seven prefectures to limit contact with those outside their household by 70 to 80 per cent. Workers in non-essential services should work from home, and companies unable to offer telecommuting should stagger employees’ working hours, he said.