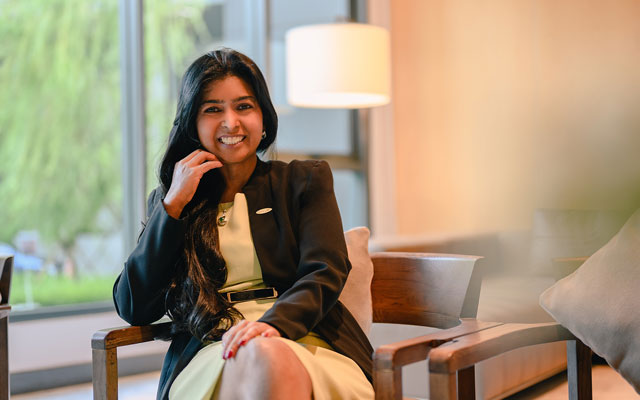 Oakwood has promoted Lina Abdullah to the role of regional general manager, Cambodia, Myanmar and Thailand.

This dual-role is in addition to her current position as general manager of Oakwood Hotel & Residence Sri Racha in Chonburi, Thailand. In her new capacity, Abdullah will oversee a cluster of six operating properties in Thailand, as well as pre-opening projects in Cambodia and Myanmar, while maintaining the growth of Oakwood’s portfolio in these countries.

Abdullah began her Oakwood journey in March 2015, where she was tasked to manage the former Oakwood Residence Garden Towers Bangna, Bangkok, with her remit including the Bangna Convention Center and Food Camp by Oakwood. She went on to open Oakwood Hotel & Residence Sri Racha in 2017.

Prior to joining Oakwood, Abdullah was with Onyx Hospitality Group where she was the general manager responsible for opening the Amari Dhaka in Bangladesh in 2014.

She first began her hospitality career with an eight-year tenure at Marriott properties in Malaysia and the UK. While in the UK, she joined Thistle City Barbican in London as hotel manager before being promoted to acting general manager. Abdullah accepted her first general manager role at Holiday Inn Northampton West in Northampton, before venturing to the Middle East to open the Holiday Villa in Bahrain in the same capacity.