Fazal Bahardeen, the founder & CEO of pioneering halal travel consultancy CrescentRating, is on a mission to raise awareness around halal tourism among industry stakeholders. He tells Karen Yue that the world is a more welcoming place today for Muslim travellers but several travel pain points still remain. 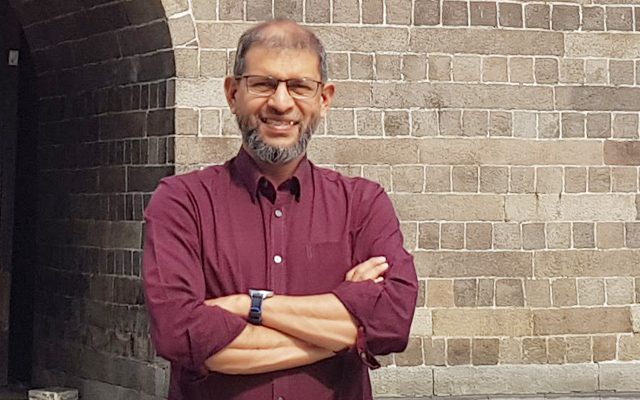 CrescentRating has been sharing insights on the Muslim travel market for the last 11 years. What would be the organisation’s proudest milestones?
We have contributed a few things to the tourism and hospitality industry over the years, specifically in improving the understanding of halal travel in the marketplace. It is very satisfying to see that in the last few years, the marketplace has started to embrace Muslim travellers.

One of the achievements we’ve been very happy with is our partnership with MasterCard (to jointly produce the annual Mastercard-CrescentRating Global Muslim Travel Index), which started in 2015. CrescentRating did not start off wanting to do research; we just wanted to rate Muslim-friendly hotels. But we realised that without real data and intelligence, it was hard to convince people with our words.

We have just released our Mastercard-CrescentRating Halal Travel Frontier 2020 report (in January).

In a couple of weeks, we will release another report that will consolidate all the tools we have developed, and make them available to the trade.

On the bright side, however, the situation has improved a lot over recent years, particularly in Taiwan, Japan, South Korea and Hong Kong.

There are more than 100 halal restaurants in Taiwan today, whereas there were probably only a handful five or more years ago.

While the number of halal restaurants have gone up in some non-OIC destinations, there remains the challenge of credibility. There are two credibility issues Muslim travellers face with halal restaurant claims – one, the claim is incorrect and made due to ignorance, as the restaurant operator doesn’t truly understand what being halal means and requires; two, the claim is a deliberate falsehood.

Can CrescentRating help to tackle this challenge?
Yes, we can. Our solution is to focus on education. We need to educate restaurants – in fact, as many stakeholders in the tourism and hospitality industry as possible – what halal means through our CR Academy.

Our second solution is to encourage restaurant operators to get external validation by approaching their local halal authority, or use our rating system which we have employed in destinations such as Taiwan.

Beyond restaurants, tourism and hospitality industry stakeholders can reference our faith-based services needs model, which we upgraded last year.

There are four areas within the Need to Have advisory (Halal Food Service, Salaath Prayer Facilities, Water Friendly Washrooms, and No Islamophobia), and three of them are relevant to hotels.

You cited Taiwan, Japan, South Korea and Hong Kong as examples of destinations that have done well in welcoming Muslim travellers today. It is interesting that they are all in North Asia. Are there no shining examples in South-east Asia, where there are sizeable local Muslim communities and should therefore be naturally welcoming?
It is a misconception that destinations with a Muslim population are ready for halal tourism.

Take Jordon as an example. It is a Muslim-majority country (and an OIC member) but its tourism industry was established for the last 20 to 30 years to serve travellers from Europe and Japan – big source markets at that time – and not Muslim travellers.

Understanding what a Muslim does does not translate into knowing how to treat and welcome Muslim travellers.

I like to think that because Taiwan and Japan, for instance, have such little understanding of Muslims at the beginning that they tried their very best to study halal needs and be as hospitable as possible.

How does Singapore fare? Muslims make up the third largest religious group in the population.
CrescentRating has a few projects going with the Singapore Tourism Board (STB). One of them coming up soon is a 44-page guide book that details halal dining offerings in Singapore, hidden cultural activities and local Malay entrepreneurs and business owners that travellers can discover.

I also got to speak at ASEAN Tourism Forum this year in Brunei about halal travel trends, at the invitation of STB.

I’ve told STB that Singapore has the potential to be a more welcoming destination for Muslim travellers, and one of the things it can do is to leverage Singapore’s Muslim family assets to attract this segment of travellers.

Clearly, CrescentRating has done a lot to improve the world for Muslim travellers and guide destinations towards this lucrative travel sector. But I’m sure you have more up your sleeves.
Yes, well, we are looking at doing a few more things (laughs).

First, we will continue to produce more and more data on halal tourism and make them public to improve awareness and deepen knowledge.

We are also hoping to produce the CrescentRating Playbook – that’s the working title – and have it contain as many insights as possible to help the tourism and hospitality industry find their way around halal tourism.

Second on our list is to work with even more destinations to help them better cater to Muslim travellers. We have projects with Uzbekistan, which is an up-and-coming destination; South Africa, where we have a partnership going for some time now; and Hong Kong, where we have just started but need to take things slow due to the (Covid-19) outbreak.

Thirdly, we are improving our CR Academy. We have an online programme on now for hotels and restaurants, but we hope to expand it to serve more sectors of the industry.