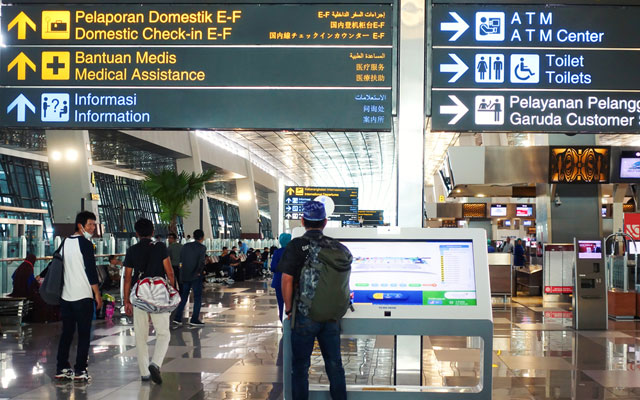 The Indonesian government is stepping up its emergency response to contain the spread of Covid-19, including forming a fast-response team for contact tracing, shutting select tourist attractions, and implementing more stringent checks at airports.

These latest measures come as the government declared the Covid-19 outbreak an “unnatural national disaster”, in response to five fatalities and 117 confirmed cases in the country, one of whom is Indonesian transportation minister Budi Karya Sumadi.

The growing number of cases prompted president Jokowi to form a fast-response team – led by National Disaster Mitigation Agency head Doni Monardo – tasked with tracing the movement of Covid-19 patients and those who had come in contact with them as part of efforts to prevent wider contagion of the virus.

Meanwhile, Jakarta governor Anies Baswedan declared 17 tourist attractions in the capital closed, including the National Monument, Ancol Dreamland Park, Ragunan Zoo and a number of museums, for two weeks for thorough sterilisation, as well as suspended schools, with companies to allow staff to work from home.

At airports, two additional lanes have been opened by the central government for visitors arriving from countries that are under the purview of the government.

“Passengers from China, Italy, South Korea, and Iran will be checked three times. Those who are not from those countries will be checked twice through a thermal scanner and thermal gun,” said Jokowi.

Jokowi added the government has prepared 132 referral hospitals, up from 100, and would add another 227 hospitals, owned by the national army, police and state-owned enterprises. In addition, the government is also in the midst of constructing a large-scale observation facility on Galang Island, scheduled for completion next week.

Meanwhile, Achmad Yurianto, the government’s spokesperson for all coronavirus-related matters, said on Saturday that locking down the country was not on the cards, but that a ministerial meeting will soon be held to review Indonesia’s free-visa policy, which some have criticised for the growing number of illegal foreign workers in the country.

For Eddy Sunyoto, owner of Terimakasih Indonesia, the most crucial thing the government should do right now is to implement tighter border control measures so that infected travellers would not enter the country.

Indonesia’s credibility is at stake if the government fails to conduct proper screenings, he added.

Eddy added that although the government’s declaration of the virus as a “national disaster” will reduce inbound arrivals, it will enhance Indonesia’s image as it proves that the government is handling the Covid-19 outbreak seriously and there will be stronger confidence in the country.

Hasiyanna Ashadi, managing director of Marintur Indonesia and head of the Association of the Indonesian Tours and Travel Agencies (ASITA) Jakarta chapter, was in favour of the government rolling back its free-visa policy, as long as the measure is temporary and restricted to countries hit hard by the virus.

She, however, questioned the necessity of revoking the free-visa policy for those countries given that travel mobility from those regions to Indonesia was already restricted by flight cuts by several airlines, such as Singapore Airlines and Emirates, to numerous cities across Asia.

“I hope that the government (seeks) inputs from various parties before coming to a decision,” she said.

Hasiyanna also hopes that the central and local governments will carefully consider whether or not to close off affected cities, especially Jakarta, amid mounting calls for a lockdown.

She said that the government should ensure that all preventive measures were fully implemented, so that Jakarta, which serves as the country’s commercial and financial centre, would not need to go into lockdown.

She said that members of ASITA Jakarta, who are still serving guests at Jakarta’s attractions that are still operating, have also been taking precautions, such as providing hand sanitisers and masks for guests, and practicing social distancing.

“The National Monument, for example, is closed now but (tourists) can still view it from outside, while National Museum and Bank Indonesia Museum, remain open, so we bring tourists to visit those places,” she said.