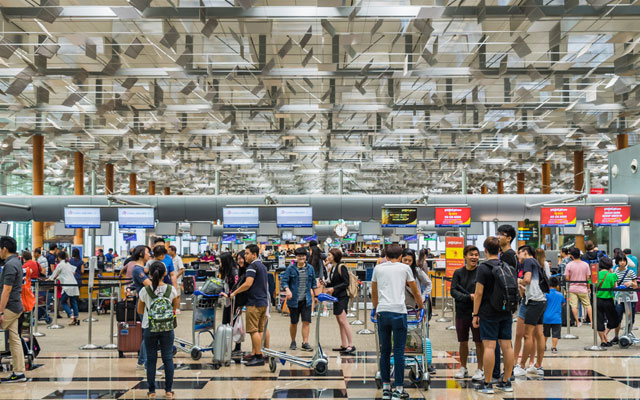 While the scourge of Covid-19 has undoubtedly taken a toll on travel sector confidence globally, and mounting flight cancellations are disrupting travel plans, Singapore’s tourism industry seems poised to bounce back from the crisis in the later part of the year, with local travel agents reporting healthy growth for outbound tourism going into 3Q and 4Q.

Travel agents whom TTG Asia spoke to said they have seen demand for outbound holidays nosedive between 20 to 50 per cent since the Covid-19 outbreak.

However, they added that destinations in Europe, Central Asia and Australia with low numbers of reported Covid-19 cases remain on the travel radar of Singaporeans, with no cancellations of existing bookings and with enquiries rolling in for tours departing from 3Q.

Shannon Hee, director of ASA Holidays, shared: “Most of them are travelling to destinations such as Turkey, Europe, and Russia, departing at the later part of the year.”

In the meantime, to boost travel demand, some agencies have been dangling attractive deals and discounts – and a portion of travellers are biting, capitalising on the current lull to score a good bargain.

Hee said: “The younger crowds, those in their mid- to late-20s, are still travelling. In fact, we have seen a rise in this age group (among our clients) as the rates have become more affordable for them. Those in their 30s and 40s are also willing to go ahead with their travel plans.”

In light of the epidemic, Hee added that they will be pushing out new itineraries to less-affected destinations inclined towards the tropics and outdoors, such as the South Pacific Islands, “to reduce the fear of exposure”.

“We’re also offering reduced prices and free cancellations to customers who wants to book for a later date to travel, but is worried (their travel plans may be disrupted by) the evolving situation of the outbreak,” she said.

As well, bespoke tours are seeing an uptick in the current climate, added Hee.

She explained: “As our private tour groups are typically formed by customers (who are already acquainted with each other), they worry less about potential exposure and it is also easier to conduct contact tracing.”

Group tours are still favoured among families, who see it as a more economical way to travel, said Alicia Seah, director of marketing & communications, Dynasty Travel.

As part of their efforts to stimulate travel, the agency will be offering an extra night complimentary on a 3N stay in Australia – one of the lesser virus-hit areas and popular with Singaporean families, shared Seah.

She added that the agency has also stepped up preventive measures. “Our tour leaders have been instructed to look out for symptoms and discuss general hygiene and etiquette with all our customers,” she said.

A spokesperson for Chan Brothers said the demographics of those who still opt to travel during this lull period vary from couples to group of friends and families.

“Frequent travellers will recognise a good deal when they see one and with the right precautions, there is no need for one’s life to be paralysed by fear,” she said.