South-east Asian tourism authorities and stakeholders are taking swift action to patch the leak in tourism business brought on by the Covid-19 outbreak, and choosing to keep their eyes on the road to recovery. 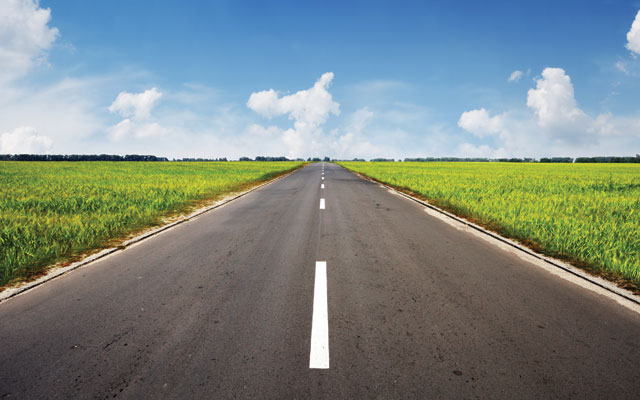 As the business fallout from the Covid-19 outbreak continues to unfold across Asia, destination marketers and industry stakeholders are choosing to focus their attention on immediate efforts needed to lift their peers from the doldrums. Government-led financial assistance, fresh destination marketing campaigns aimed at domestic travellers and new source markets, as well as attractive travel deals are among the measures rolled out within short weeks. These followed the suspension of transportation networks and city lockdowns ordered by the Chinese government to contain the coronavirus.

While the bold move by the Chinese government succeeded in limiting transmissions beyond China’s borders, it also emphasised the severity of the outbreak and, along with a flurry of fake and sensational news surrounding the virus, frightened travellers elsewhere into rethinking their trips to Asia.

Travel analytics company ForwardKeys, which has been tracking the travel and tourism impact of the outbreak, noted in a February 12 update that forward-looking Chinese air bookings to Asia-Pacfic for the period of March 1 to April 30 is down by 58.3 per cent.

Weakened travel demand has pushed several major airlines based in the region to rework their flight schedule. Singapore Airlines and Qantas Airways have temporarily cut flights across its global and Asian network respectively up to May. Cathay Pacific Group reduced the overall passenger flight capacity on Cathay Pacific and Cathay Dragon by approximately 40 per cent for February and March, with potential for an extended reduction in April.

The Singapore government has set aside a war chest of S$4 billion (US$2.8 billion) this year to help stabilise her economy and tide workers and businesses through the economic slowdown.

Another S$800 million would also be set aside to support the tourism, aviation, retail, food services and point-to-point transport services sectors, which have been directly hit by the Covid-19 outbreak. The range of assistance is wide – financial subsidies to defray the cost of third-party professional cleaning fees incurred by hotels; licence fee waivers for hotels, travel agents and tourist guides; property tax rebates for various businesses; manpower redeployment programmes and staff training funds; a year-long temporary bridging loan programme for tourism businesses; and rebates on aircraft landing and parking charges.

Meanwhile, the Singapore Tourism Board is forming the Tourism Recovery Action Task Force (TRAC) to identify opportunities arising from the crisis, drive measures to instil confidence in the destination’s tourism establishments, as well as co-create and initiate recovery plans.

Across the border, the Malaysian government aims to release a stimulus package by either end-February or early-March. The package is expected to boost the economy and cushion the business fallout from the coronavirus outbreak.

Indonesian leaders, too, are coming up with ways to bring light to the local tourism industry. Minister of finance Sri Mulyani Indrawati had been worked with the Ministry of Transportation (MOT) and the Tourism Authority to formulate incentive programmes for hotels and airlines to stimulate travel, particularly within the country.

Budi Karya Sumadi, minister of transportation, hoped the proposed programme would have a positive impact on airfares and hotel rates, and allow the creation of attractively-priced bundle packages comprising flight and accommodation.

The programme was being reviewed by the MOT and Ministry of Tourism and Creative Economy at press time.

At the same time, Indonesia’s minister of tourism and creative economy and head of Tourism and Creative Economy Board, Wishnutama Kusubandio, is lobbying for some 30 airlines that have cancelled their services to China to reroute their flights to some of Indonesia’s favoured destinations.

Home remedies
For some South-east Asian destinations, their own massive population has emerged a possible saviour for their distressed tourism industry.

In February, the Philippine Travel Agencies Association (PTAA) pressed on with the country’s biggest consumer travel fair, the 27th Travel Tour Expo (TTE) 2020, despite a challenging tourism business landscape. Apart from dangling travel deals with the lowest prices ever seen in TTE’s history, PTAA also chose to leverage the star power of the 10 most-travelled Filipino celebrities, ranked based on their social media posting, to attract visitors.

PTAA president Ritchie Tuano said: “(Celebrities) do a lot to boost the visits to different locations. Their fans aspire to go where they go. They provide both the glamour factor and the reassurance that the place is safe to visit.”

The Philippines has continued to offer massive discounts to domestic travellers. More than 40 hotels and resorts around the country – and the number is growing – have agreed to cut room rates by up to 50 per cent in collaboration with the Department of Tourism, Tourism Promotions Board, Tourism Congress of the Philippines, Philippine Hotel Owners Association, Hotel and Sales Marketing Association, PTAA and Philippine Tour Operators Association. The offer will run until August.

Alongside this, Philippine Airlines, Cebu Pacific and Air Asia Philippines have agreed to a 20 to 30 per cent reduction in airfares.

These stimulants are unlikely to cover the tourism industry’s business losses, estimated at 40 billion pesos (US$784 million) from February to April. Nevertheless, it will soften the impact of losing China – the country’s second biggest source market – and other feeder markets, explained Tuano.

Malaysian Inbound Tourism Association (MITA) is looking to do the same, banking on a week-long e-travel fair in late March, with the date yet to be confirmed at press time, to help galvanise domestic travellers into supporting the local tourism industry.

MITA president Uzaidi Udanis said his team has negotiated with Malaysia’s airlines, hotels and attractions to offer discounts of up to 70 per cent during the travel fair.

An innovative measure and a first for the fair is the introduction ofdigital platforms to sell packages. MITA will also hold a physical fair in Kuala Lumpur after the e-fair has ended.
Likewise, Indonesia has launched the Visit Wonderful Indonesia (Viwi) Nusantara Shocking Deals 2020, an initiative led by several tourism industry associations to entice domestic travellers with special offers.

Echoing the strategic turn towards the domestic travel market is Rowena Baltazar, managing director of newly-formed A-List Travel Solutions in the Philippines. Baltazar shared that she was reaching out to Filipino travellers using social media.

After all, the country’s excess of 100 million domestic tourists have helped the Philippine travel trade to sail through tough times in the past. In terms of numbers, domestic tourists are more than twelve times that of foreign inbound tourists, which stand at just eight million.

Observing continued travel confidence among Malaysians Zenith Hotel Putrajaya in Malaysia is targeting the local market in the short term to make up for the shortfall in business, dangling attractive room rates and meeting packages to draw business.

Casting wider nets
Destination marketers, however, are convinced that one strategy – focusing on the domestic market – will not be sufficient. They are turning towards other major tourism source markets with untapped potential.

The Indonesian tourism ministry has said that Malaysia, Singapore, South Korea, Japan, Australia, Canada, and the US are all on its target list, while PTAA is diverting its marketing and promotions to India and the Middle East.

Bambang Sugiono, director of marketing and overseas promotion of Bali-based RD Tours, agrees that casting a wider net makes a safer approach. His business has been hard hit by the outbreak, given that 70 per cent of the approximately 5,000 inbound clients who had planned to visit Bali in February were from China.

Taking care of the family
As business slows down for hotels, hoteliers are wary that staff morale will also take a hit. This has led them to take steps to ensure the well-being of their team mates.

Renee Lim, assistant vice president, corporate communications of Banyan Tree Holdings, shared with TTG Asia that the group has formed a task force that involves corporate office management and property general managers, as well as town halls to educate, engage and reassure staff on the measures that will be taken during the Covid-19 outbreak.

On the other hand, he is also encouraging staff to make full use of the downtime to go on leave and “have a good rest”. The group will also conduct training for teams and individuals; reduce casual labour and redirect duties to full-time staff; assign housekeepers and maintenance teams to tasks that spruce up hotel facilities; and redeploy staff to assist with Wyndham’s hotel opening projects elsewhere.

Retrenchment is out of the question for Cousens, who shared that most of his staff have been with the two properties since they opened seven years ago.

“Letting go of staff now is not a solution. It will only bring short term savings, and when things are busy again, you will have a hard time recruiting,” he emphasised, adding that he has supportive owners who are equally protective of the team.