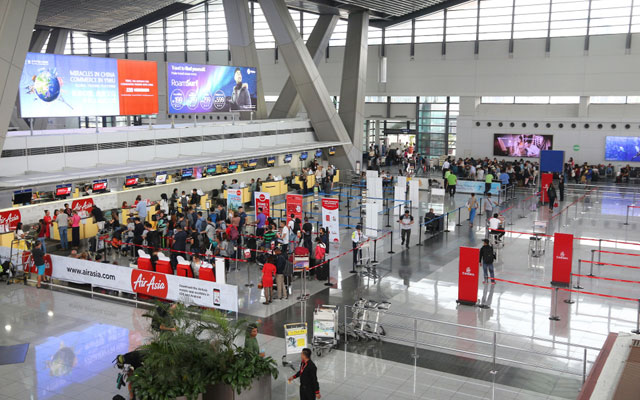 The Philippines’ Department of Tourism (DoT) is rallying against the government’s move to temporarily ban tourists from South Korea’s northern Gyeongsang province, amid the escalating Covid-19 outbreaks in the nation.

The ban was approved by the country’s Inter-Agency Task Force (IATF) on Emerging Infectious Diseases during a meeting yesterday.

Under the ban, Filipino tourists will also be barred from visiting any part of South Korea, which has the highest number of Covid-19 cases outside China, with 1,260 infections and a total fatality of 12 to-date.

Permanent residents, students and overseas Filipino workers are permitted to travel to South Korea, but should sign a declaration stating that they know the risks involved in their trip, according to a report by Philstar.

Puyat, who was not consulted when the travel bans on Chinese and Taiwanese (since lifted) travellers were imposed, outlined the implications of a ban on South Koreans, who are consistently Philippines’ top travel market for years. Last year, South Koreans accounted for 1.99 million or 24.08 per cent of total inbound tourist arrivals to the Philippines.

Last November, the Philippines signed an agreement with South Korea to boost tourism ties between the two countries. “They are (our) friends and they are very good to us,” said Puyat.

With an ongoing ban on China (the Philippines’ second biggest inbound market with 1.74 million or 21.1 per cent of total arrivals in 2019), Hong Kong (with 1.1 per cent) and Macau (0.1 per cent), including South Korea in the travel ban will mean losing nearly half of the total inbound market.

Puyat said that the Philippines could follow in Singapore’s footsteps and ban only tourists from Daegu and Gyeongsang, but admitted that it is somewhat moot as these destinations have already cancelled flights, and the South Koreans themselves have stopped travelling and gone into self-quarantine.

The partial ban is subject to a risk assessment review within two days.

PATA Philippines Chapter chairman Bob Zozobrado said the duty of denying entry to citizens from any country should not fall on the Philippines as a country; instead, the airlines, Department of Health, and the Bureau of Immigration should enforce the protocols and be stringent.

“It is their responsibility to screen (inbound visitors) and not let in those whom they feel are contaminated,” he said.

Zozobrado said that “we have to lobby against” a travel ban, even if it’s a partial one. “First of all, it’s very disparaging and very insulting to the country that’s being banned, like what happened to Taiwan,” he said.

He also noted that the Covid-19 outbreak in China has been “blown out of proportion”.

“I know that China is the epicentre of the Covid-19 virus. What has been reported by the media is how many people – 80,000 – are now contaminated, but not how many have been released after being tested negative. That’s the sad part about it,” he said.

Philippine Travel Agencies Association president Ritchie Tuano admitted that this is a tough line to straddle. “Of course, the public health and safety is of paramount importance, but we need to balance it out with the Philippine economy as well, and (consider) what the South Koreans are contributing to our economy.”

Echoing a similar sentiment, Marlene Insigne, general manager of Southeast Travel Corp, said: “I’m not for a travel ban, but if the situation (in South Korea) worsens in the next few weeks, we really have to sacrifice. We shouldn’t think only about the economy, but the people’s safety too.”