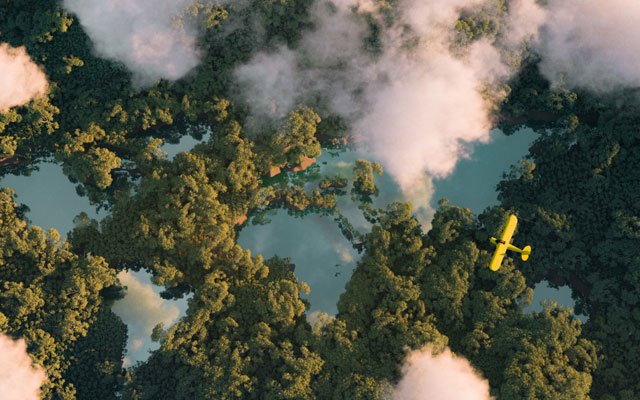 Global travellers are becoming increasingly conscious of the environmental impact of their travels, but may not prioritise eco-friendly holidays or be aware of how to adopt sustainable practices. Hence, the mantle falls to travel operators who need to take a proactive role to push for change.

These findings form the backbone of a study by STR’s tourism consumer insights department which surveyed more than 1,000 active travellers in January 2020 – comprising 67.4 per cent living outside the UK and the rest within – on environment issues and sustainability in the tourism industry.

Environmentally friendly holidays are important to travellers: fact or fiction?

The majority of travellers take the issue of sustainable tourism seriously, with almost 50 per cent of respondents stating that choosing an environmentally friendly holiday option was important to them, while 40 per cent chose a neutral position. The study found that Generation Z (those born in the mid- to late-1990s) travellers placed higher importance on environmentally friendly holidays.

Despite the strong intent to undertake sustainable holidays, 37 per cent of respondents highlighted that they struggle to find the best way to be environmentally friendly. This points to the need for additional and clearer information, from the travel industry and other organisations, about the steps travellers can take to reduce their carbon footprint.

As well, a staggering 92 per cent of respondents stated that they were concerned about climate change, reinforcing the idea that sustainability is at the forefront of their destination selection and how they get there.

However, despite broad concerns about climate change, there were split views on whether travellers would avoid destinations with poor environmental credentials. Just over a third of panelists wouldn’t visit a country they perceived to show insufficient efforts to fight climate change, while the remainder (65 per cent) indicated that they would not be deterred or were undecided.

The study also found that many travellers have already made efforts to minimise their environmental impact. Some 50 per cent disagreed that “actions by individuals will never be enough to combat climate change”, highlighting the eagerness to make a positive difference in combating climate change.

Similarly, travellers demonstrated a high incidence of recycling, with nearly 90 per cent stating that they currently recycle their waste – far higher than the UK average of 45 per cent. Further highlighting the strong environmental conscience of active travellers, 85 per cent stated that they were minimising their use of single-use plastics, while 67 per cent claimed that they regularly buy locally grown food.

The travel industry still has plenty to do

As travellers change their lifestyle habits to minimise contributions to climate change, this affects how they view numerous industries, including tourism.

While this finding highlighted generally negative perceptions of the efforts made by accommodation operators, the industry was less poorly perceived in comparison to cruises, airlines, bus tours and train operators.

What steps can tourism operators take to be more sustainable? One important move for the accommodation industry would be to minimise food waste. Again supporting the view that travellers, although eco-conscious, might not always rule out potentially environmentally harmful activities, there were mixed views that breakfast buffets should be stopped to reduce food waste. That said, a slight majority favoured the idea.

There were also mixed views as to whether travellers should pay more to stay in an environmentally friendly hotel. While some are willing to pay more, most believe this should either be the standard or seem likely to prioritise other aspects of their stay (e.g. value for money) over the hotel’s green credentials.

This might be somewhat problematic for hoteliers now, but evolving perceptions should see greater traveller engagement with sustainability. However, encouragingly, travellers believe that efforts by the accommodation sector, albeit perhaps not considered effective so far, are being taken seriously and are not a crude marketing ploy.

Of note for airlines, travellers believe that frequent flyers shouldn’t be “flight shamed” for their contribution to the climate crisis and 70 per cent were against the movement that has gained traction in Sweden. This could imply a traveller perception that sustainability efforts should be the responsibility of the airlines.

The concept of carbon offsetting has generated much debate in the airline industry, but what do travellers think of this initiative? Some 55 per cent were aware of carbon-offsetting, with 50 per cent supporting the initiative, 15 per cent not in favour, and 35 per cent unsure.

These findings highlight a degree of confusion among travellers regarding the benefits of carbon offsetting and hint that airlines may need to do more to promote and explain these initiatives.

As travellers become more aware of their effect on the environment and how our choices today will impact tomorrow, there is some way to go before both individuals and companies are in sync with their sustainability efforts.

Travellers are expecting more from the tourism sector and will continue to push for change, so the onus falls on the industry to respond and pave the way for sustainable tourism. These are the steps that will preserve tourism for the next generation.