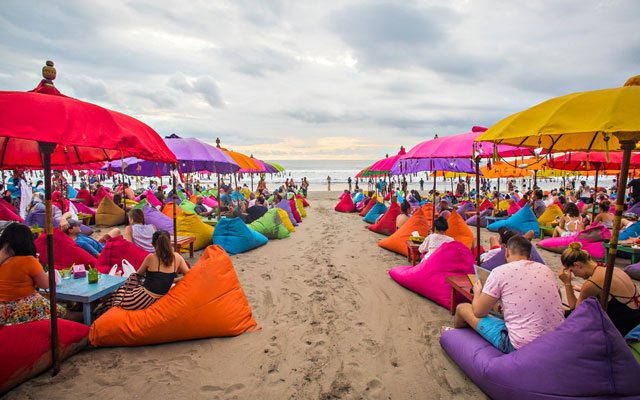 With the coronavirus outbreak taking its toll on travel businesses across the region, Indonesia’s Ministry of Tourism and Creative Economy (MoTCE) is looking to cover the shortfall by targeting more domestic and regional tourists, as well as lobbying airlines to reroute their flights.

The Ministry will work with the industry and other government agencies to boost domestic tourism, particularly, in destinations most hurt by the drop in Chinese tourism like Bali, Manado and Bintan.

Indonesia’s minister of tourism and creative economy and head of TCE Board, Wishnutama Kusubandio, said: “We will develop promotions to attract Indonesians to travel domestically and encourage government agencies and corporates to conduct events in (the most affected) destinations.”

The government will also lobby airlines that have cancelled their services to China to reroute their flights to the country’s favoured destinations, including Bali, which has been projected to lose about four million dollars due to the Indonesian government’s travel ban to and from mainland China amid concerns over the coronavirus outbreak.

Wishnutama said that he and Budi Karya Sumadi, minister of transportation, would discuss this issue with around 30 airlines in a bid to bolster local tourism.

“I know that this will not be easy as you cannot simply switch destinations like that, but we will work on it,” he said.

He would also propose for those airlines to reroute to North Sulawesi and Bintan Island in Riau, which he said were Chinese travellers’ favourite destinations.

“As we know, two million Chinese tourists visit the country every year … This means that we will probably lose about four million dollars a year from China alone. This is a big challenge for the tourism sector. But again, our main priority is to protect Indonesian people (from the outbreak),” he said.

Apart from promoting domestic tourism, the government will also be targeting other markets, including Malaysia, Singapore, South Korea, Japan, Australia, Canada, and the US, according to Wishnutama.

This move has been welcomed by Bambang Sugiono, director of marketing and overseas promotion of Bali-based RD Tours, whose business has been hard hit from the virus outbreak, given that 70 per cent of around 5,000 inbound clients who had planned to visit Bali in February were from China.

He said he received a deluge of cancellations from groups and FITs from China who had planned to visit Bali for leisure in February and March, in the wake of the travel restrictions.

“I hope that the Indonesian government will eye India, Nepal, and Pakistan because it is easy to travel from there to Indonesia,” he said.

Hasiyanna Ashadi, managing director of Marintur Indonesia and chairperson of ASITA Jakarta chapter, supported the government’s plan to lobby airlines to reroute their flights to Indonesia, but she pointed out that Malaysia and other South-east Asian countries which are also facing similar loss of visitors from China might make a similar move.

Hence, the government should focus on select source markets, Hasiyanna said, hoping that Wishnutama would prioritise neighbouring countries, which can quickly make up for the shortfall in Chinese visitor numbers.

She also named India as a potential country to plug the gap. “Yes, there is no direct flight connecting India and Indonesia but the number of Indian tourists in the country is prodigious,” she said.

For AB Sadewa, corporate secretary of Panorama Destination, lobbying airlines is not enough.

He argued that the first thing the government should do is leverage Indonesia’s status as a coronavirus-free country to promote the country since as of today, no infected cases have been found in Indonesia.

Doing so might help edge out the competition from other countries who might also try to approach airlines for rerouting, he added.

Sadewa also said the government should collaborate with local tour operators in Indonesia which have B2B partnerships in targeted countries.

“In Europe, for example, the one who lures people to go on vacation is not the airlines but travel agents. They know how to influence travellers to switch their trip from China to Indonesia,” he said.