Japan is leveraging the marketing wave of the recently concluded Rugby World Cup and the upcoming Tokyo Olympic and Paralympic Games to attract more longhaul visitors with higher spending. Pamela Chow speaks to industry stakeholders to find out what their plans are. 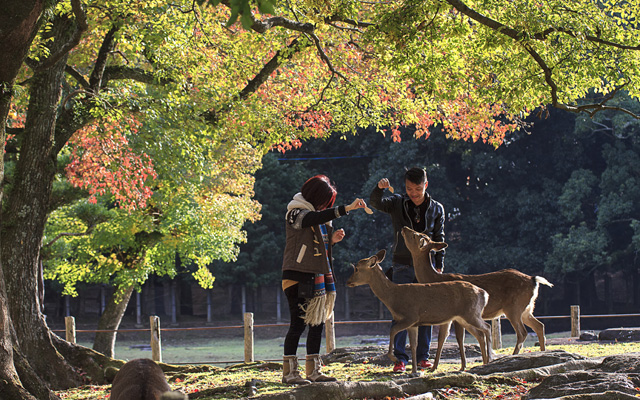 As Asian inbound markets settle into maturity for Japan, the country is now looking farther afield to plump up arrival volumes from the US, Europe and Australia – western markets primed for opportunity, thanks to publicity from the 2019 Rugby World Cup and the approaching Tokyo Olympics and Paralympic Games in May.

These longhaul markets have also been identified for their high expenditure potential. According to a 2018 case study conducted by the Japan National Tourism Organization (JNTO), Australian visitors spent approximately 7.6 per cent more per head compared to Chinese visitors, with the bulk of expenditure – 39 per cent – allocated to accommodation. These trends are representative of the overall difference between the western and Asian markets, said Michinori Yamasaki, executive vice president, JNTO.

Currently, Japan’s inbound numbers are on track to meet the country’s 2020 goal of 40 million international visitors, with the period of January to October 2019 registering almost 27 million arrivals. Of these, Asia held the lion’s share of Japan’s inbound traffic, with 85 per cent coming from China, South Korea and Taiwan.

Hence, JNTO has begun its efforts on the longhaul front, launching the Enjoy My Japan campaign in 2018 to target travellers from the US, Europe and Australia, which Yamasaki identified as “markets with high potential in boosting visitor numbers”.

The campaign features enhanced digital marketing efforts that directs consumers to regional government tourism websites, in order to diffuse tourism throughout the lesser-known prefectures of the country.

Moreover, JNTO is also expanding its global presence. Opening soon is an office in Mexico City, with plans to establish offices in other cities, revealed Yamasaki.

More recently, JNTO worked with local prefectural governments and suppliers to launch the 100 Experiences in Japan book detailing hidden gems and obscure activities that are now open to international guests, signalling the increasing receptiveness of Japan’s smaller towns and cities to foreign visitors.

In Nara Prefecture, Kansai Nara Treasure Travel is one such DMC that is broadcasting the destination’s lesser-known activities to its trade partners, many of whom hail from the western markets.

Seiho Fukui, the DMC’s assistant sales manager, explained: “When visitors think of Nara, many only know the deer park and Todaichi Temple. They don’t know about all the other things they can see and do. We want to explain more about this prefecture to travel agencies around the world, through tradeshows like Visit Japan Travel Mart and on our website.”

Travel company Arttrav is also expanding its business beyond publishing travel guides, and is now diving into organising wellness group tours for international visitors. Its co-founder Yucaco Kimura told TTG Asia that Arttrav is working closely with DMCs and hotels around Japan to open up their secluded natural attractions and luxury resorts to small group tours.

However, as the Tokyo Olympics and Paralympic Games approach and Japan braces for a spike in activity in the city, concerns are surfacing that tourists may be put off by sky-high hotel prices and overcrowding.

Tadashi Kaneko, executive vice president, JNTO, explained: “The number of visitors we are expecting during the Olympics and Paralympics (period) will create a crowding-out effect. There will be a visitor spike in a concentrated area during this period, and hotel prices will rise. People will hesitate to visit Japan – we have already observed such an impact on longhaul travellers, who tend to plan early.”

Kaneko also voiced his worry that tourists may also continue to avoid Japan even after the Olympics and choose other destinations.

To mitigate this, JNTO is rolling out a slate of measures over the coming months, focusing on three areas: lodging, location and period of travel. To promote a shift in lodging away from Tokyo, JNTO is working to raise awareness of the availability of convenient accommodation options in the suburbs an hour from the city centre.

Additionally, JNTO will focus on promoting local gems in outlying regions, which are expected to be even less crowded as local tourists flock to Tokyo for the Games.

Kaneko expressed confidence that this option will be “especially attractive for repeat visitors”. Currently, repeat travellers make up 60 per cent of all incoming traffic, and 80 per cent of these come from Asian countries.

Thirdly, he said JNTO will “strongly suggest travellers avoid the period of the Tokyo Olympics and visit Japan in a different season”. JNTO will also launch a “strong final push” this year to encourage visitors during the rest of the year beyond the Olympics.