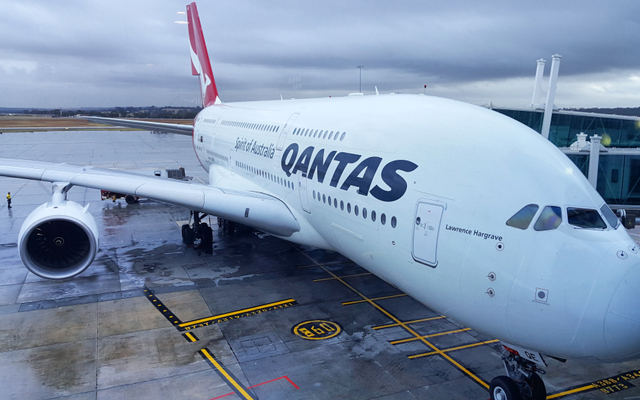 Following in the footsteps of other flag carriers such as Lufthansa, British Airways and American Airlines, Qantas Airways has jumped on the New Distribution Capability (NDC) bandwagon with the global launch of its first-phase Qantas Distribution Platform (QDP) on August 1, 2019.

However, Qantas has hit a roadblock in its implementation in Hong Kong as more than half of the Society of IATA Passenger Agents (SIPA) membership are not onboard the programme.

According to SIPA’s chairman Larry Lo, agents have to sign up for QDP in order to access fare classes N, Q and O on Australian domestic flights. Agents that do sign up for QDP are required by the GDSs to revise their original contracts which will no longer include segment fees, thereby hurting agents’ income.

“If we were to sign the agreement, incentives offered by the GDSs, such as commercial support and (financial) benefits, would no longer be available. If we were to refuse the agreement, we would have to face a channel fee of A$17.50 (USD$12) per sector levied on Australian domestic flights. This puts us agents in a difficult position,” Lo explained.

Lo told TTG Asia that a meeting was held between SIPA and Qantas to highlight members’ concerns and convey a request to suspend the policy until the QDP is publicly launched, but it came to nought.

“Despite multiple letters sent to its Hong Kong office to express our concerns and suggestions over the last couple of months, Qantas didn’t care. We will not give up without a fight,” he said, adding that most SIPA members are against the QDP and would rather book from the Qantas website should clients request specifically for the airline.

Lo suggested that agents could also choose to exclude the three distinct fare classes from their GDS contract, as there were no incentives attached to booking these through GDSs in the first place.

When asked if this issue was unique, Lo said Qantas was the first airline to implement such a practice and that none of the other existing NDC-compliant carriers had such “limitation and unfair arrangement”.

Xpert Holidays, an IATA member, is one of the Hong Kong agencies that have yet to get on QDP. Sales manager Icy Yip said the firm relies on Amadeus, which offers financial incentives that help to cover her monthly fees.

For now, her business is unaffected by Qantas’ latest distribution decision, as most of her clients favour Cathay Pacific Airways for flights to Australia. However, Yip worries that as NDC takes further root in the marketplace and airlines continue their trek towards direct sales to consumers, bypassing GDSs and the middlemen, agents have no choice but to accept change.

Another agent who has requested for anonymity, said he has adopted a wait-and-see approach, much like many of his peers.

He compared Qantas’ approach to NDC roll-out in Hong Kong with that of Lufthansa, and said that the strong resistance to QDP here could be due to Qantas’ lack of a strong local brand presence.

“Lufthansa has a strong brand positioning in Hong Kong. Perhaps Qantas has not really built such a presence here, which is crucial for agents especially in such turbulent business times,” he said.

The anonymous agent added that while the theory of NDC “makes a lot of sense, many agents just don’t fully understand what it is about”.

When contacted by TTG Asia, Qantas Airways’ general manager for Hong Kong, Wyn Li, refuted the agents’ accusations that the airline wanted its own direct channel and cease its reliance on GDSs.

Li clarified that Qantas is the only airline to-date that continues to cooperate and work with legacy systems.

A new mindset is needed

Qantas’ Li told TTG Asia that the inertia to replace traditional GDS sales with NDC-powered bookings is similar to the switch from analog to digital broadcasting, or from mobile phones using analog radio signals to smartphones.

“The analog phone is still useful for phone calls and text messages, but the smartphone can provide access to WhatsApp, WeChat and LINE,” Li said, drawing an analogy for the more consistent and richer airline content NDC standards seek to bring.

“The current CRS/GDS analog system has been around for more than 60 years. The communication structure has been very successful and is likely to remain useful for a little while. However, modern digital technology is forcing paradigm change to the distribution of all players (GDSs, airlines, hotels, etc.). The IATA proposed NDC, apart from suggesting a standard of communication, also promulgates the advancement from analog to digital format,” he elaborated.

He admitted that getting business partners to understand the NDC concept was the “most challenging aspect of the whole NDC (adoption) process”.

According to IATA, NDC adoption has been faster than expected.

An IATA spokesman said: “The interim target for the NDC Leaderboard airlines set at eight per cent for 2019 was achieved in September, which is a positive sign on the journey to achieving 20 per cent by the end of 2020. The NDC Leaderboard comprises 22 airlines, varying in size and weight, as of January 1, 2022.”