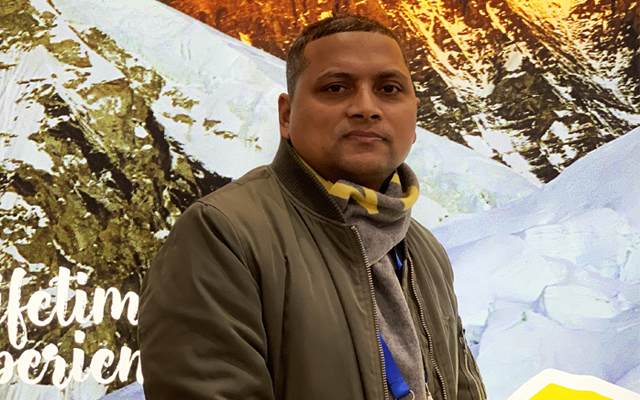 Friendly intergovernmental relations, visa-free entry, and growing air connectivity have been key drivers of the Chinese travel boom to Nepal, but the South Asian nation is keen to woo even more visitors from its neighbour.

“The China market was number one for us in the last two months, and for the whole of last year, it was the second highest,” Suman Ghimire, manager tourism marketing & promotion department, Nepal Tourism Board, told TTG Asia.

He attributed Nepal’s rising visibility as a tourist destination to strong bilateral ties with China. In October, Chinese president Xi Jinping visited Kathmandu (the first state visit to Nepal by a Chinese head of state in 23 years), which greatly deepened China-Nepal relations as Xi pledged to enhance connectivity and deliver more economic benefits – including tourism – to both countries.

Ghimire pointed out that being a member of China’s Belt and Road Initiative has also brought several economic benefits, such as making the landlocked nation more accessible to the world, and accelerating infrastructure development of highways and airports.

And more collaboration is underway. PATA Nepal Chapter, together with Visit Nepal Year 2020 and Nepal Tourism Board, will be organising the inaugural Nepal-India-China Expo in February 2020, which is expected to attract some 1,000 delegates from the three countries.

On the tourism front, the upwards trajectory of Chinese visitor numbers was also a result of waived visa fees for Chinese nationals, introduced since 2015 for Nepal to rebuild its tourism industry after two devastating earthquakes.

Air connectivity is also strong, with direct flights from major cities such as Kunming, Beijing and Chengdu to Kathmandu.

“Chinese tourists visiting Nepal have constantly grown every year since (free visas were introduced). They are a key contributor to our Visit Nepal 2020 target (of two million tourists),” Ghimire said.

Ghimire elaborated: “Many Chinese tourists are becoming more interested in trekking; it is no longer just the Europeans and Americans.”

Nepal is also gaining prominence as a spiritual tourism destination, with Buddhist pilgrims from China visiting the country to pray at holy sites such as Lumbini, the birthplace of Buddha.

“In the long run, China will become our main market. The market is huge, which will bring about a higher economic growth for Nepal,” concluded Ghimire.