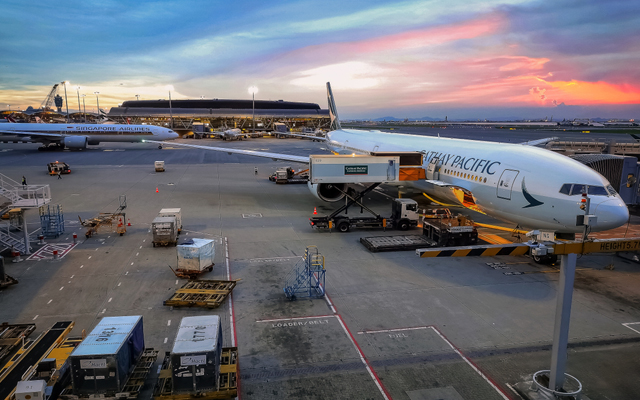 The Association of Asia Pacific Airlines (AAPA) has appointed Singapore Airlines Group’s (SIA) Subhas Menon as its incoming director general with effect from March 1, 2020. He will take over from current director general Andrew Herdman, who has led the association since 2004.

Most recently the regional vice president Europe for SIA, Menon has more than 35 years of experience with the group and will represent AAPA and its members on aviation policy issues, and work closely with other aviation industry stakeholders.

AAPA held its 63rd AAPA Assembly of Presidents meeting in Kuala Lumpur on November 22, in lieu of its cancelled event in Hong Kong. The original agenda of conference talks and member discussions was condensed into a members’ meeting, shared Herdman.

In particular, members at the meeting passed a series of resolutions on issues involving the environment, cybersecurity, accessibility of infrastructure, airport slots, passenger facilitation and taxation.

This included a call on governments and aviation operators to work together towards implementing the Carbon Offsetting and Reduction Scheme for International Aviation (CORSIA) – set by the International Civil Aviation Organization (ICAO) – in a fair and equitable way.

“China, India, Russia and some other states have expressed concern that CORSIA will have an adverse impact on the development and growth of the aviation industry. Developed and developing nations have to be taken into account, and AAPA is aware of these issues. A number of compromises have been made in the formulation of CORSIA, with a mechanism in place to review it over time. While there are still some issues to be resolved, CORSIA is still proceeding and a number of countries have already adopted it,” assured Herdman.

Another area of concern highlighted during the meeting was the lack of global or even regional standards for cybersecurity, which has become a growing issue as biometric processes are increasingly being implemented around the globe.

Herdman stressed: “There are questions about whether aircraft is secure against unlawful (digital) interference, and the answer is yes, they are. The vulnerabilities are in air traffic management, which runs on open systems, and the interconnectedness with airlines and airports. These have to be looked at from a system point of view, not from an individual organisation’s point of view. We’ve held four workshops to try to look at how to strengthen the resilience of the aviation ecosystem.”

He added that operators should always assume that there will be a data breach, and work on how to recover.

AAPA also called for a “renewed effort” from governments and other aviation stakeholders to improve the standards of accessibility for air passengers with disabilities, including support for ICAO’s efforts to develop a work programme for practical and cost-effective solutions.

Infrastructure and slot management are areas of concern that AAPA implores industry stakeholders and governments to increase, improve and manage in an efficient and fair way, so as to stem congestion and flight delays.

Finally, in light of the “increasingly challenging” business environment, AAPA renewed its call on governments to refrain from increasing aviation levies, the burden of which often falls on international air travellers, said Herdman.