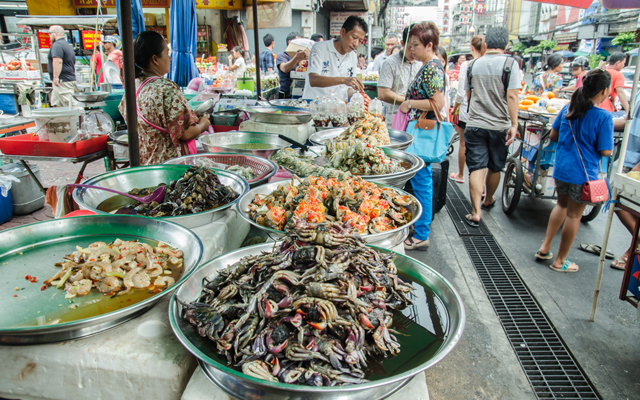 The desire for authentic cuisine experiences is one of the biggest factors influencing travellers’ vacation decisions today, according to a survey by Travelzoo.

Trying new food and experiencing the culinary culture of the destination is ranked as the second most popular reason (39%) for going overseas, just behind getting to see famous landmarks (41%).

Travelzoo’s 2019 Fall Travel Trends Survey, which polled 9,000 people across nine countries, also found that today’s travellers make an effort to support the local community and economy while on culinary trips.

As well, more than half (53%) of the respondents have gone on vacations for food or food-centric activities. Younger people aged 25 to 44 are twice as likely to go on these journeys of culinary discovery than people who are 55 or older, according to the survey. Local cuisines are the most preferred as travellers want to try something new and special (62%) and/or have an authentic experience to explore the local culture (54%).

Italian, Chinese and Japanese are the three most popular cuisines among respondents from all the surveyed countries, while Thai, Vietnamese and Korean food are the top three cuisines that respondents are curious to try in the future.

Travelzoo’s survey also found that Chinese consumers are today’s most adventurous foodies. A huge number (96%) of Chinese respondents have been on a break or vacation centred around food or culinary experiences, and 70% of them have tried food on vacation that they had never even heard of before. When asked whether they would be willing to try non-traditional foods, such as insects or live animals, the Chinese were three times more willing to do so out of curiosity than travellers from other countries, found the survey.

When abroad, Chinese consumers usually spend US$95 per person, per day, on food – about 80% more than the global average, said Travelzoo. The use of social media to show off foodie experiences is popular among travellers, and tech-savvy Chinese travellers do this the most, with 94% posting food images on social media. That number is twice as high as that of any other nation in the survey.

The survey also showed that travellers are becoming much more receptive to responsible travel solutions and sustainability concerning food during travel. When asked what they would take into account when dining abroad, 77% said they want their food to have been sourced locally, to help support the local economy and community. Millennials are twice as likely to consider the ethical and sustainable factors around food than older demographics.

Almost half (43%) of the respondents stated in the survey that supporting local people and local communities gives them a different and valuable experience to be close to the culture of their chosen destination.