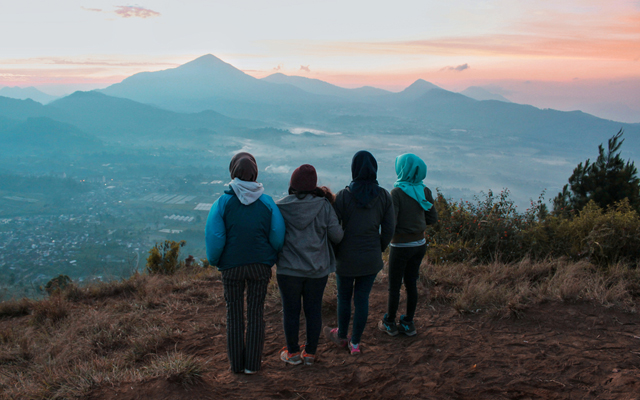 Despite having the world’s largest Muslim population, Indonesia has yet to effectively tap the halal tourism boom, something the trade hopes to change as the government steps up pursuit of the growing Muslim travel market.

Halal travel is projected to contribute US$274 billion revenue in 2023 worldwide, up from US$177 billion in 2017, according to the State of the Global Islamic Economy Report.

Stakeholders in Indonesia therefore need to consider the forecast seriously in order for the country to take a bigger bite of the growing halal tourism pie, said Anang Sutono, senior advisor for economy and tourism development, Ministry of Tourism and Creative Economy.

Speaking during the recent Indonesia Halal Tourism Conference at Jakarta Convention Center, he said that Indonesia aims to attract six million Muslim travellers to the country by 2024, nearly double from the current target of 3.6 million. Their expenditure is also projected to increase from the current target of US$4.5 billion to US$7.6 billion in 2024.

Indonesia Halal Tourism Association’s chairman Riyanto Sofyan stressed that the development of halal tourism in Indonesia is important to boost international Muslim tourist arrivals as spending from this segment drove a large part of Indonesia’s GDP.

Muslim travellers make up around 20 per cent of the total inbound tourists to Indonesia every year, according to Riyanto. In 2018, the country drew around three million Muslim travellers, contributing US$3.9 billion to the economy.

However, Riyanto noted that the number of Muslim visitors from the Middle East to Indonesia was less in numbers as compared to inbound arrivals from Malaysia, India, China, Australia and Europe. “The average spending of a Muslim traveller from the Middle East ranges from US$2,000 to US$2,500 per visit,” he said.

“Most of the Muslim travellers from Europe hail from Germany, the UK, and France. European visitors in Indonesia spend, on average, US$1,300 per visit. They are also our target,” he added.

However, efforts in developing halal tourism across the archipelagic country have been met with resistance by locals in some areas with religious minorities, who fear that the halal branding clashes with their customs and habits.

“We have to do more campaigns to disseminate information about halal tourism so that there won’t be any misleading information about it,” Anang stated. The government will also strengthen collaboration in the development of Muslim-friendly facilities and attractions and improve the quality of human resources through certification.

To overcome the lack of understanding, industry stakeholders have to spread the word about halal tourism and convince people that the development of halal facilities would benefit the local economy in each region, according to Anwar Bashori, chairman of Sharia Economy Team, Indonesian Economist Association, who spoke to TTG Asia on the sidelines of the conference.

“Halal tourism is not exclusive to Muslims. Even predominately non-Muslim countries like Japan and Thailand have already provided facilities for Muslim travellers,” Anwar said, adding that more seminars about halal tourism were necessary to solve this misinformation issue.

To help halal tourism gain wider acceptance in majority non-Muslim regions in Indonesia, Nouraddin Yau-Tzu Ma, managing director of Taipei Grand Mosque Foundation, urged the Indonesian government to appoint influential public figures in each city to give talks about halal tourism to the the locals.

Once they understand the concept, the government can encourage them to share it with others in their community – a strategy adopted by the Taiwanese government to garner initial public support for the development of halal tourism across the island.

With better understanding and acceptance of halal tourism, Indonesia will be in a better position to retain its top spot on the Mastercard-CrescentRating Global Muslim Travel Index (GMTI) 2019, said Australia-based Globothink Consultants’ CEO Irshad Cadar.

Citing Global Islamic Travel Tourism’s report, Irshad added: “Out of 16 million tourists coming to Indonesia in 2019, four million are halal tourists. This is not enough. (Indonesia) should be increasing the numbers.”