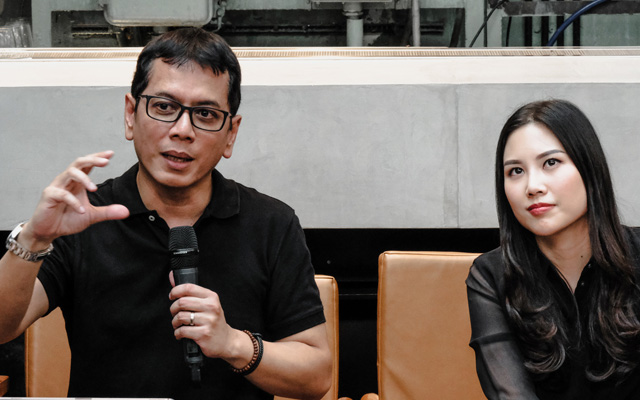 The integration of the tourism and creative economy portfolios under one ministry is expected to provide impetus to Indonesia’s US$62.6 billion tourism industry and propel it to become the economy’s top revenue earner, while spurring the country’s creative sector to greater heights.

Speaking at his first media conference in Jakarta on Wednesday, less than a month after his inauguration, Wishnutama said: “The tourism and creative economies are two sectors which will support each other. Tourism now ranks as the country’s second biggest revenue earner and the sector will be able to rise to the top with the support of the creative industry.

“It does not matter (how good) a creative industry product is – it will not grow without a market. On the other hand, the tourism sector will need products and attractions to entice travellers to come.”

Citing the example of Ambon, the capital of Maluku province which was recently named City of Music by UNESCO, the minister said: “We can develop the infrastructure and the creative ecosystem that will boost the development of the creative industry and in turn support the development of tourism to the destination. By creating events, concerts and festivals in Ambon, we will have (new) attractions and activities apart from the natural attractions the city and its surrounding areas have to offer.”

He added that events would be a key driver to tourism development in the country, and his office will review and cherry-pick the calendar of events.

“We do not need to stage so many events, but only the quality ones. In fact, we are considering to create new events that will attract not only domestic but also international crowds,” he said.

At his inauguration speech last month, Wishnutama drew attention to the Coachella Valley Music and Arts Festival in the Colorado Desert, US. “Coachella is just a desert but it has an annual event which travellers flock to. We have more than that, so we should be able to create (such a large-scale event),” he said.

Apart from organising events to attract visitorship, Wishnutama pointed out that the ministry will also focus on developing sports tourism events.

When it comes to marketing, Wishnutama said that the TCE Board would not only focus on big volume markets like China, but would also tap on high-spending markets like the US, Russia and Australia.

As for the 2020 target, Wishnutama said: “We are looking into the achievements in term of numbers and revenue this year as well as the readiness of destinations, particularly the 10 New Bali’s, and more specifically, the five super-priority destinations. So (at this point) we have not decided the target yet. We need to calculate it before coming up with a number,” he said.

International visitor arrivals to Indonesia are projected to reach 18 million this year and rise to 20 million in 2020. According to the latest data from Statistics Indonesia, the country received 12.2 million arrivals between January and September this year.