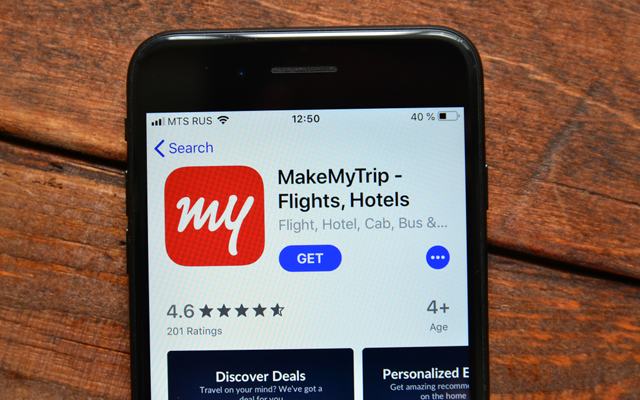 Hotel booking service MakeMyTrip is currently being investigated by India’s competition watchdog for alleging giving preferential treatment to SoftBank-backed hotel chain Oyo on its platform, according to a Reuters report.

MakeMyTrip and Oyo reportedly violated industry rules by entering into confidential commercial agreements, the report quoted the Competition Commission of India (CCI) as saying in an order.

The order follows a complaint from industry body Federation of Hotel & Restaurant Associations of India (FHRAI).

The FHRAI’s complaint, which included a laundry list of other allegations, also said that Oyo and MakeMyTrip are stifling competition by offering deep discounts and charging “exorbitant” fees from hotels, said the report.

The FHRAI also alleged that the companies misled customers by continuing to list some hotels on their platforms with a “sold out” sign even after the hotels severed ties with them, it added.

Both platforms allows user to book hotels through their mobile apps while taking a cut of hotel fees, but Oyo also franchises its brand and offers standardised amenities at hotels on its network.

Oyo, who charges hotels approximately 20 per cent franchise fee on room revenues, have faced backlash from an increasing number of Indian hotel operators who are complaining about being blindsided by fee increases.

The backlash against Oyo comes at a crucial time for its principal backer SoftBank which is struggling to raise funding for a second investment fund following its failed public offering of office-rental company WeWork and the lacklustre returns of its other investments such as Uber and Slack.

The FHRAI cited the CCI’s order as saying that agreements between Oyo and MakeMyTrip created barriers to market access for other Indian hotel chains such as Fab Hotels and Treebo, according to the report.

Oyo said in a statement that it was reviewing the order and would cooperate with the CCI’s investigation, it added. The report also quoted a MakeMyTrip spokeswoman as saying that “the allegations are unfounded”.

The CCI said that it would have to investigate the allegations against MakeMyTrip, but did not provide any finding against Oyo.