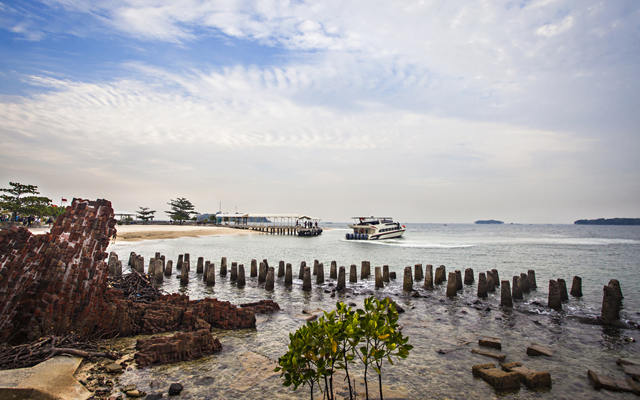 Jakarta needs to ramp up marketing efforts of the city as a travel destination in Indonesia, in order to boost arrivals to its key destinations such as Kepulauan Seribu (Thousand Islands) or Kota (Old Town) which president Joko Widodo envisioned as among the ‘New Bali’s’.

That Jakarta has no lack of such attractive tourism destinations but rather a lack of promotion was a key point raised during a recent discussion about tourism held at the Bank Indonesia Museum in West Jakarta.

Hasiyanna Ashadi, managing director of Marintur Indonesia and chairman of the Association of the Indonesian Tours and Travel Agencies (ASITA) Jakarta chapter, urged the establishment of Jakarta Promotion Board (BPPD Jakarta), so that the capital city would have a destination marketing body not unlike that of Bali Tourism Board.

“We (ASITA Jakarta) have been invited to join meetings several times to form a BPPD Jakarta. According to the latest news, our letter about the formation of BPPD has already been on the table of Jakarta governor Anies Baswedan since months ago to ask for his approval. However, I do not know why he has not signed it yet,” she said.

The ongoing issues in Jakarta’s tourism sector are also a result of the absence of a deputy governor for the city, said Hasiyanna. The sector, she said, fell into disarray after deputy governor Sandiaga Uno, who was in charge of managing tourism, resigned in 2018 to run for vice president in this year’s presidential election. His seat remains vacant till today.

Hamid Ponco Wibowo, Jakarta chapter head of Bank Indonesia, proposed for the capital to form a special branding agency in charge of identifying the destinations’ most appealing assets and building stories around them to make the sites stand out from its competitors.

A survey conducted by Bank Indonesia, according to Hamid, revealed that the lack of branding was one of the reasons why twice the number of foreign travellers expressed interest to visit Phi Phi Islands in Thailand, for example, compared to the Thousand Islands in Jakarta.

He revealed that the excellent reviews of the Thousand Islands and Old Town was just 21 per cent and 35 per cent, respectively. To improve the ratings, tourism stakeholders have to step up destination marketing efforts through social media or global tradeshows.

Based on his survey, Hamid said, if the city’s administration made some improvements to the attractions, accessibility and amenities in Jakarta’s tourist destinations, foreign tourists would extend their stay and spend more, with probability to return and recommend the sites soaring as high as to 97 per cent.

Hasiyanna revealed that Jakarta’s visitor arrivals started to decline after former governor Basuki Tjahaja Purnama slashed the promotion budget from 1.2 trillion rupiah (US$85 million) to 11 billion rupiah in 2016. Since then, the budget has continued to drop.

Some 53 per cent of the total 2.8 million visitor arrivals in Jakarta last year was for business while the remaining were leisure trips. Following the Asian Games, inbound arrivals to the country declined 19 per cent from 675,000 in 4Q2018 to 547,000 in 2Q2019.

Hamid said that the fact that Old Town and the Thousand Islands had yet to receive a world recognition from UNESCO and that the capital did not host a large-scale event like the Asian Games this year posed a big challenge to tourism players to increase visitorship. A bigger challenge was to make the inbound tourists return to the sites and to promote them.

“According to our survey, the probability of foreign tourists returning to the Old Town and Thousand Islands, and to recommend them, is just 60 per cent,” he said.

In 2018, the Old Town and the Thousand Islands welcomed 580,751 foreign tourists, with the largest source market China making up 26 per cent of the total arrivals. The average length of their stay was three days, with average spending of US$28 to US$61.