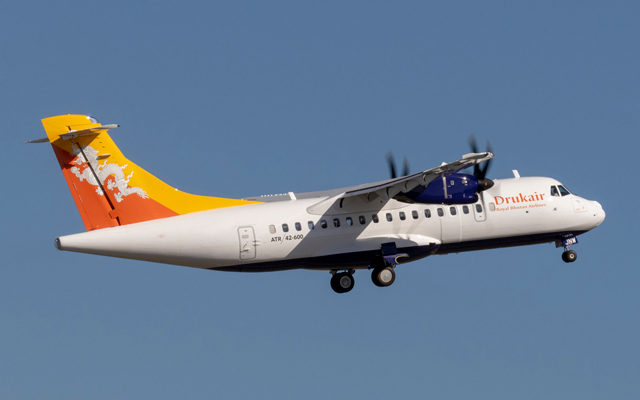 Bhutanese national flag-carrier Drukair has taken delivery of its new ATR 42-600 aircraft, which will feature a 40-seat cabin with generous pitch and stowage.

The latest-generation turboprop aircraft, which will be used on the airline’s domestic and international routes, was chosen for its outstanding operational performance in challenging conditions.

Besides boasting cutting-edge avionics, Drukair’s ATR is equipped with the ClearVision system, which will provide pilots with outstanding vision and situational awareness.

The airline’s ATR serves small airports in the Himalayan Mountains and links Bhutan with Kathmandu, Kolkata and Dhaka.

From December 13, 2019, the daily, three-hour service will operate from Nur-Sultan to Zhukovsky International Airport using an Airbus A320 aircraft.

Cebu Pacific has commenced two direct services between Clark and Guangzhou, as well as Puerto Princesa and Hong Kong, making it the first airlines in the Philippines to fly these routes.

The new routes are in line with the carrier’s plans to expand its route network in China, where it recently commenced flights between Shenzhen and Manila earlier this year.

Starting from November 11, 2019, the four-times-weekly Clark-Guangzhou service will operate on Mondays, Wednesdays, Fridays and Saturdays. The outbound flight will depart Clark at 11.35, while the return flight will depart Guangzhou at 15.15 the next day.