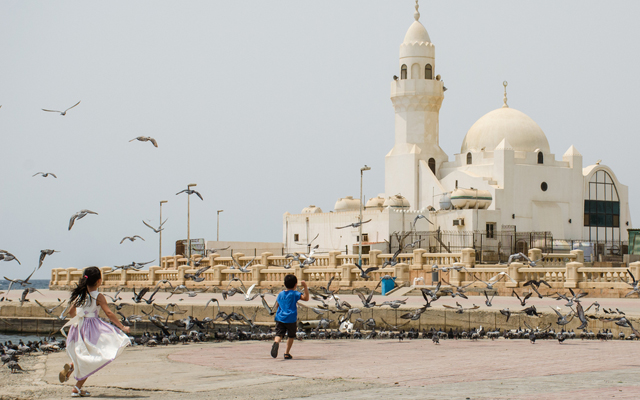 Keen to tap on Saudi Arabia as a new outbound destination following the kingdom’s recent move to open its doors to foreign tourists for the first time, the Indonesian trade is calling upon the Saudi Arabian government to increase destination awareness of the conservative country, including its tourism offerings and regulations.

Under the e-visa programme, citizens from 49 countries will be able to apply for an e-visa online ahead of their trip or upon arrival in Saudi Arabia. The single-entry visa is valid for 30 days, while the multiple-entry visa allows for a stay in the country of up to three months.

Additionally, female visitors are exempted from wearing the head-to-toe abaya robe, through they still have to dress modestly. The authorities now also allow unmarried foreign couples to share hotel rooms.

The fact that Indonesia has the world’s largest Muslim population and is a key source market to Saudi Arabia’s pilgrimage market means that it has the potential to greatly boost tourist arrivals to the Middle East kingdom.

Although Indonesia is not included in Saudi Arabia’s e-visa programme, Rudiana, director of sales of Wita Tour in Jakarta, said that Saudi Arabia’s move is a breakthrough that will accelerate tourism development. Saudi Arabia’s opening up to tourism follows in the footsteps of UAE which is largely open to foreigners.

Though Rudiana is aware of Saudi Arabia’s rich history and culture, he awaits to see how the government will brand its tourism campaign and what non-pilgrimage tourist destinations they will highlight to attract foreign tourists. Meanwhile, Mecca and Medina, Islam’s holiest sites will remain closed to non-Muslim travellers.

He said that many non-Muslims in Indonesia were curious about Saudi Arabia, and have expressed interest in visiting the kingdom. But he added that “the image that they have in mind of Saudi Arabia is that it is a country only for Muslim pilgrims”.

Pauline said that the Saudi Arabian government and business stakeholders also had to train Indonesian travel agents to better understand the country’s tourism sector, including its attractions and offerings, so that they would be well-equipped to push Saudi Arabia’s tourism products to prospective travellers, especially non-Muslims.

Echoing that sentiment is Hasiyanna Ashadi, head of Association of Indonesian Tours and Travel Agencies (ASITA) Jakarta chapter, who said that Saudi Arabia’s tourism offerings remains a huge question mark to the outside world. “Does it have resorts like those in Bali? Are its tourist attractions like those in Dubai? We don’t know yet,” she said.

Hasiyanna expressed a hope that Saudi Arabia’s new tourist visa policy would be followed up with face-to-face socialisation about the new regulations relating to technical matters like attire for foreign tourists, especially non-Muslims, despite the news reports about it already circulating out there.

“Do they need to wear hijabs? Is it okay for unmarried couples to travel together there? We need more certainties about those things,” she said.

Hasiyanna added that the Saudi Arabia government’s new move spelled good news for Indonesian umrah pilgrims too as it allows them to explore lesser-known cities in the country after visiting the holy sites of Mecca and Medina.

She believes that the Saudi Arabian government is currently preparing the tourist sites to push, and predicts that travel agents may begin introducing tourism packages at the Arabian Travel Mart (ATM) in Dubai next April.

Panorama Group’s CEO Budi Tirtawisata, who recently participated in a fam trip hosted by the Kingdom’s tourism authority for WTTC members, said that the country was in the preparation stage to get ready for tourists.

“They have many interesting historic sites, upmarket international branded hotels and other infrastructures. What we need is DMCs who understand how to handle holidaymakers (whose requirements differ from pilgrims). I also think that they should develop a variety of hotels to meet the needs of different types of travellers,” he said.

He believed that Saudi Arabia would attract Indonesian holidaymakers once the facilities and personnel were ready for them.

Hasiyanna said that she plans to visit the ATM next year, adding that it was possible for her company, Marintur, to roll out outbound packages to Saudi Arabia. Her positive impression of Mecca, Medina and Riyadh made her upbeat that the development of other cities in the country would also be impressive and that it would be a breeze to sell the packages to clients.

However, many foreigners have yet to be acquainted with the sites outside the pilgrimage cities as they were never exposed to the outside world. “I believe that Saudi Arabia has many exotic spots,” she said.