The list of midscale accommodation is growing in Singapore, as hotel chains leap at the opportunity to tap this under-served segment in the destination. 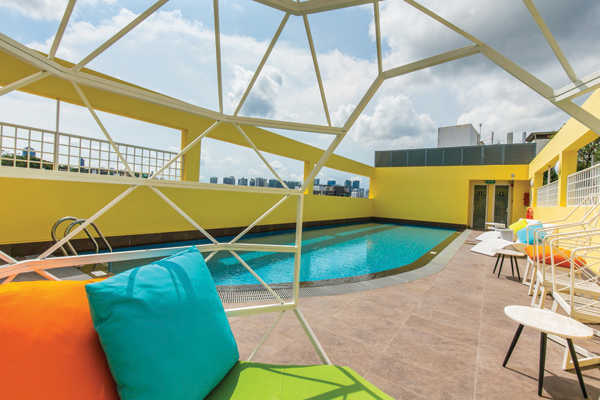 Often associated with upmarket stays, Singapore is poised to become a more accessible destination as an expanding crop of mid-tier hotels mushroom across the island to cater to a growing demographic of budget-conscious travellers.

Marcus Aw, managing director, Travelodge Hotels Asia, told TTG Asia: “The Singapore market is crowded with upscale and luxury international brands on one end, and local economy or budget options on the other. There is really only a handful of international, select service, midscale hotels in Singapore.”

This lack of quality and affordable accommodation in Singapore – where the operation of home-sharing services like Airbnb is still under government review – has possibly alienated a segment of budget-conscious travellers.

Amit Saberwal, founder & CEO, RedDoorz, observed: “Singapore presents an obvious challenge to travellers from the rest of the region and even on an international scale. We’re talking about business travellers who need to traverse the region, people who prefer to travel in large groups and even young, tech-savvy folks who are eager to explore the region, yet are often weighed down by budget concerns.”

Seeking to plug this gap, a slew of hospitality players have swooped in on the midscale market this year. In August, Accor franchised 15 hotels operated by Global Premium Hotels (GPHL) – one of Singapore’s largest hotel chains – of which 13 were trading under the economy Fragrance Hotel brand and two under the four-star Parc Sovereign Hotel brand.

The 15 hotels will be rebranded to become one Mercure, one Ibis Styles and 13 Ibis Budget hotels, and will undergo asset enhancement initiatives to align with Accor global standards. With this deal, Accor has established a total of 1,840 midscale rooms and 2,428 economy rooms in Singapore.

GPHL owner James Koh expressed that the partnership with Accor is “indeed timely”, as it comes in the midst of the increasing popularity and strong growth of Singapore’s mid-tier hotel segment.

Across the shore from resort island Sentosa, Travelodge has taken over Bay Hotel Singapore and will transform the property into the midscale Travelodge Harbourfront Singapore after a S$15 million (US$10.8 million) refurbishment project.

And earlier this year, InterContinental Hotels Group opened its fourth Holiday Inn Express hotel in the country. The 119-room Holiday Inn Express Singapore Serangoon is located within walking distance of Little India heritage area, with a design that pays homage to Singapore’s past landmarks such as the New World Amusement Park.

The figures for both segments are expected to grow as Singapore welcomes this wave of new openings, with even more affordable options to come in the following months.

Saberwal revealed: “Singapore is very important for RedDoorz. We are taking a strategic approach to expanding our footprint across the region, including Singapore, and aim to have a combination of over 2,000 hotels and hostels by end 2019.”